With the amiable dishonesty of a traveling circus troop, Matt Kleberg and Kristina Lewis draw back the curtains on the architecture of liminal spaces, empty stages and voids.

If not to tell it how it is, then to Tell it Slant.

Kleberg’s theaters, largely built of brightly hued oil stick stripes, waver with an aura of promise. They depict unfit structures that wouldn’t stand if built, and staged doorways that glow with possibility. But nothing is square here, nothing level, nothing plumb – everything is slightly off-true.

The same is evident in Lewis’ tilting modernist sculptures. In re-imagining foam inserts, built only well enough to support something of real value, Lewis produces precise high/lo sculpture. The resulting casts are stout but off balance, heavy but full of holes. Part peacock, part blue collar – they’re pugnacious, sacked-but-noble, on the verge of objectness by way of mass. 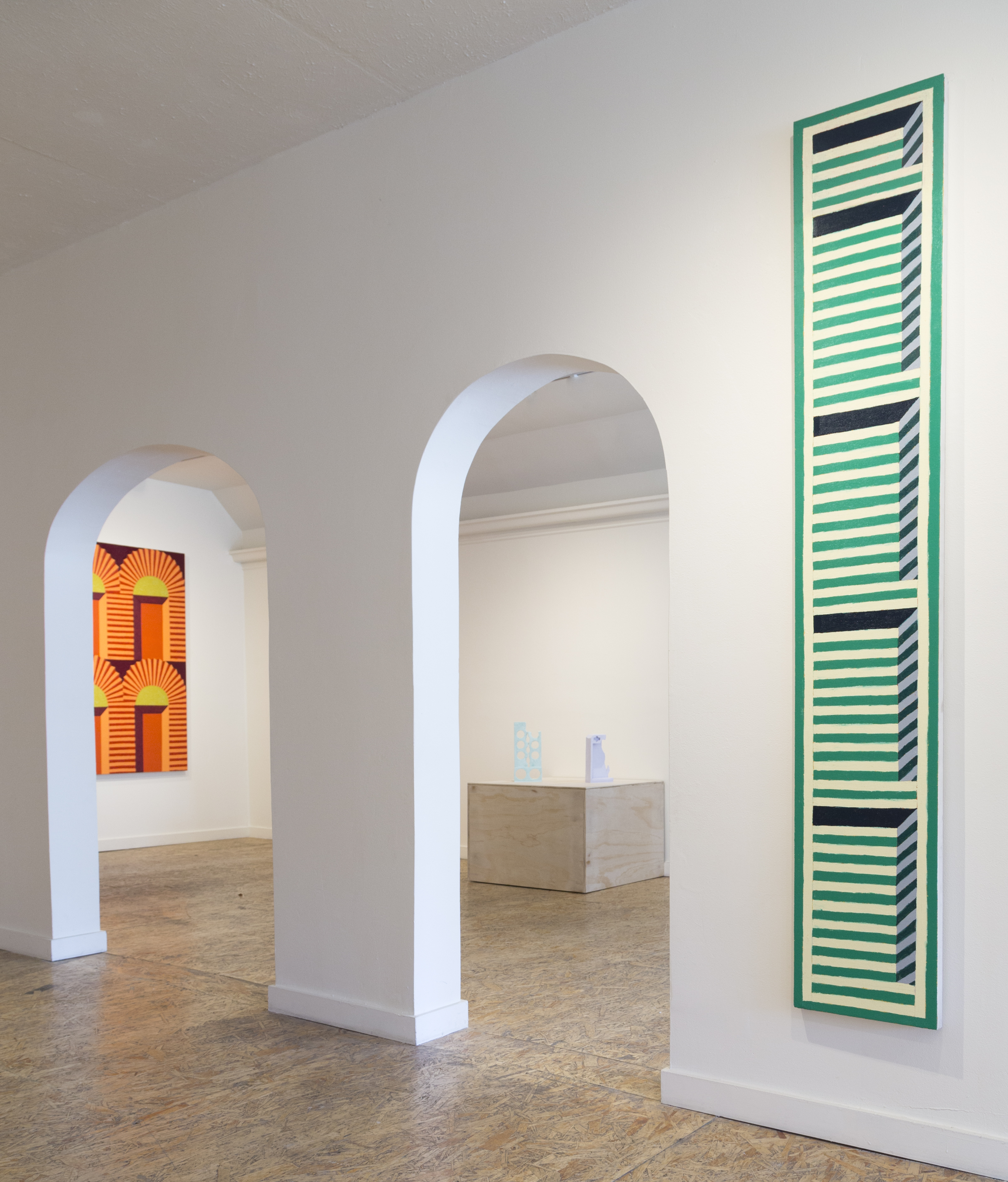 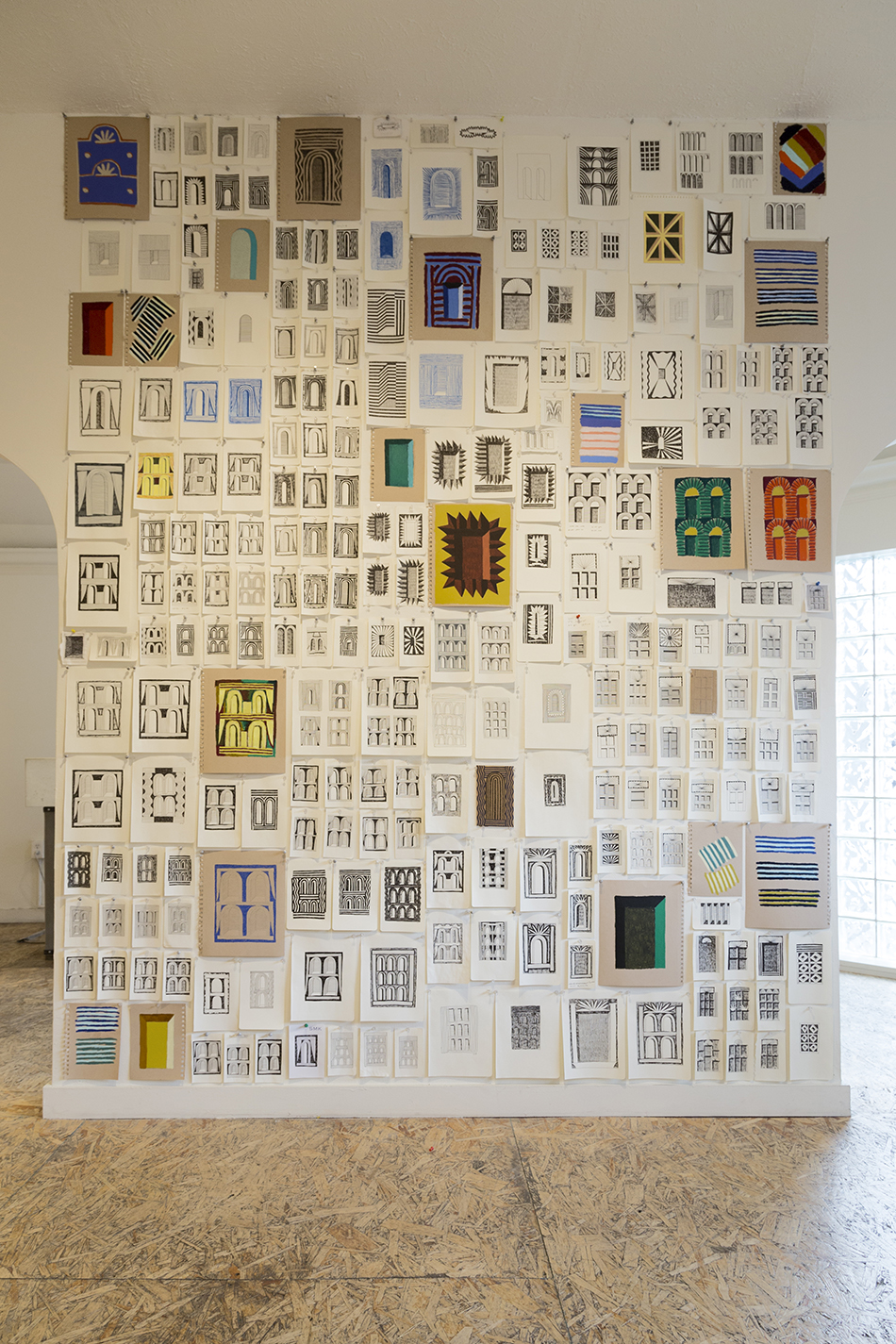 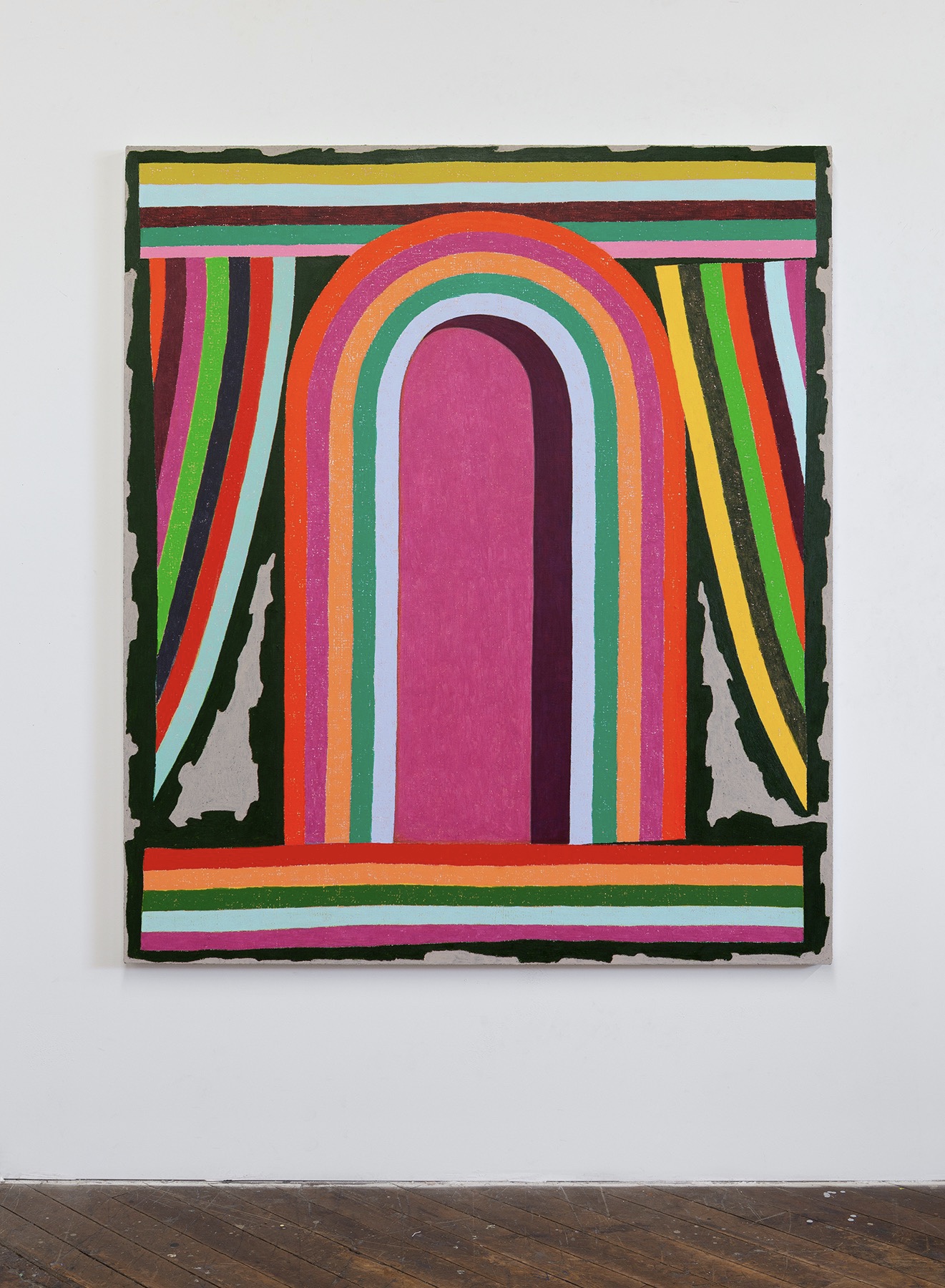 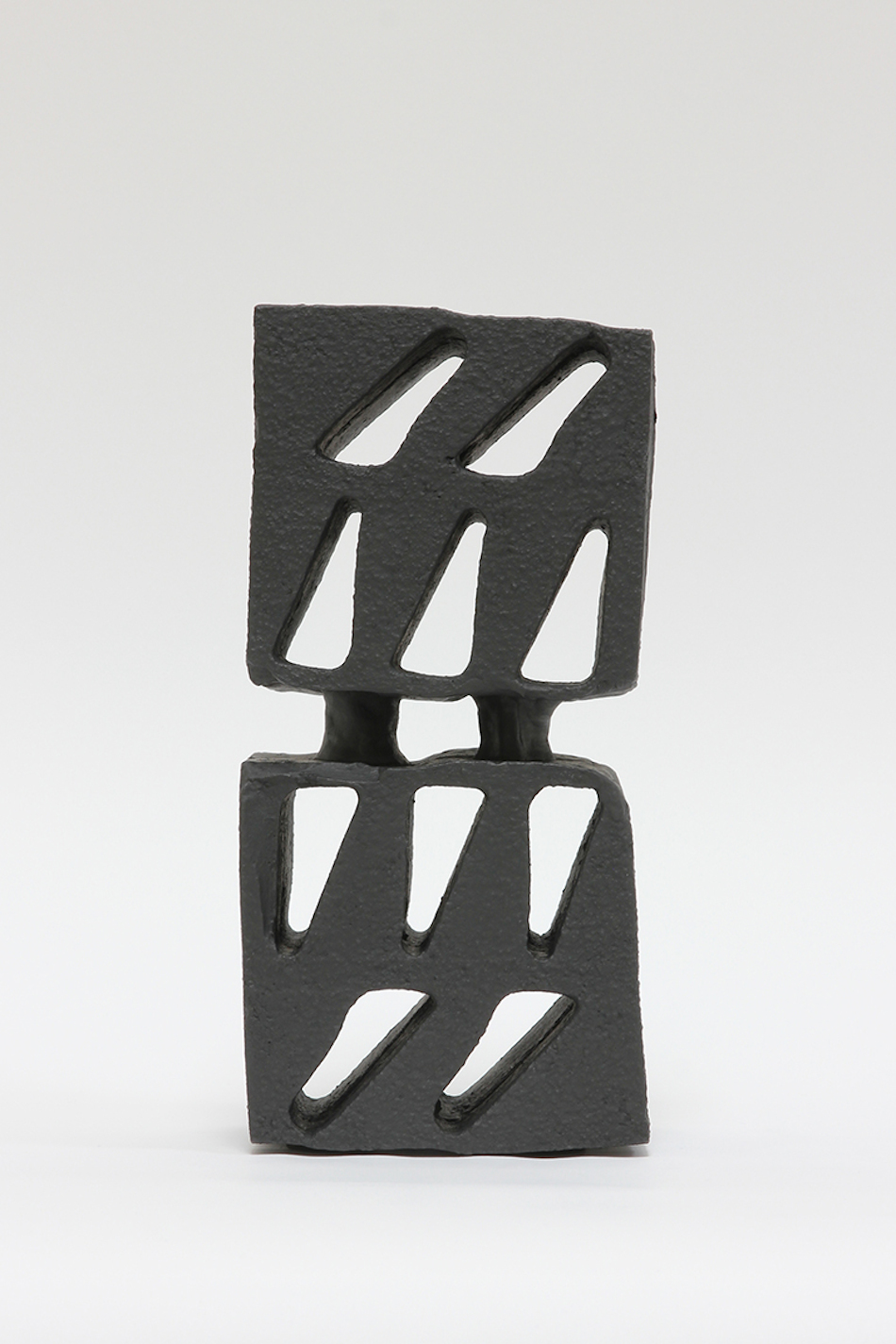 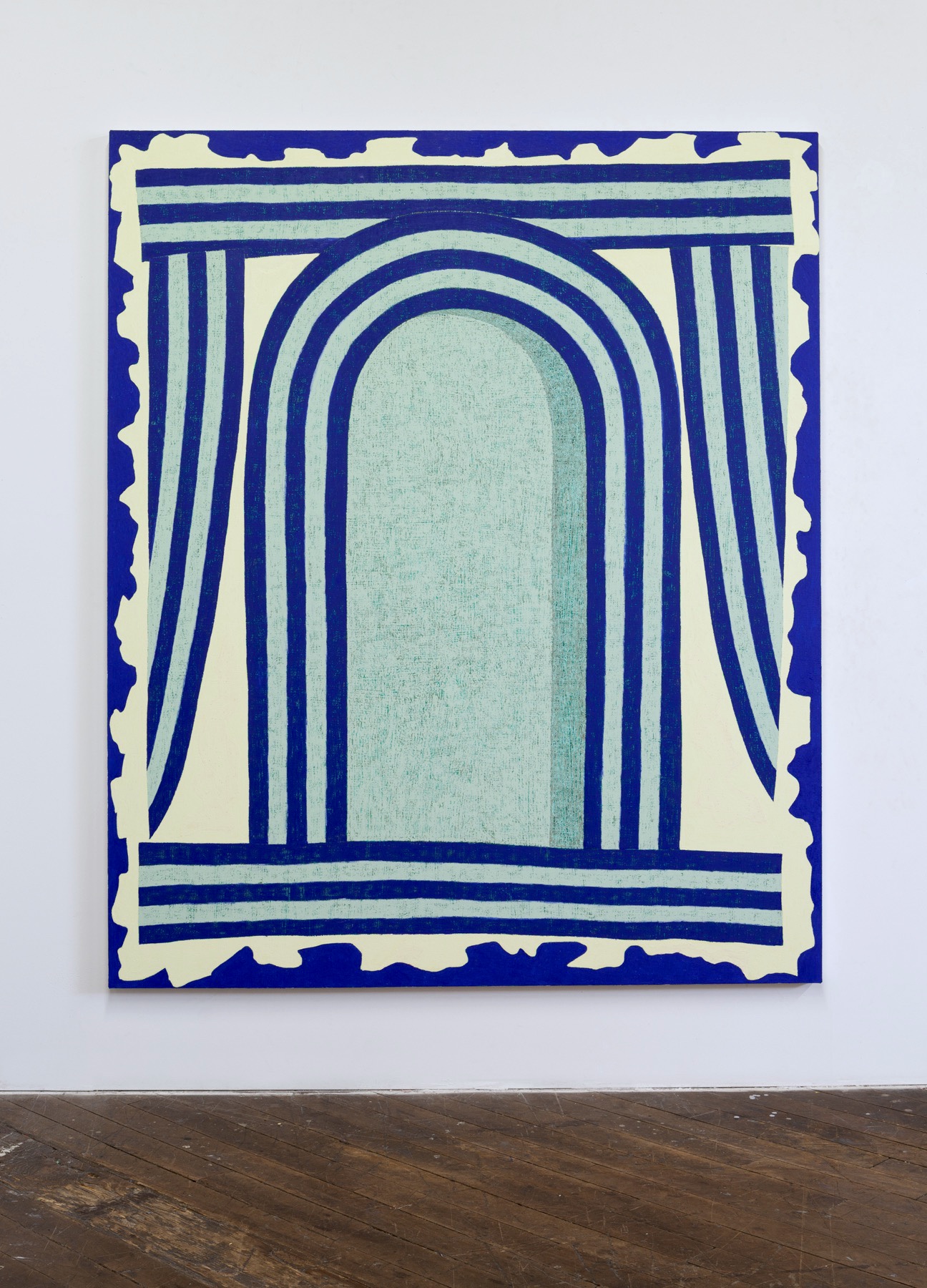 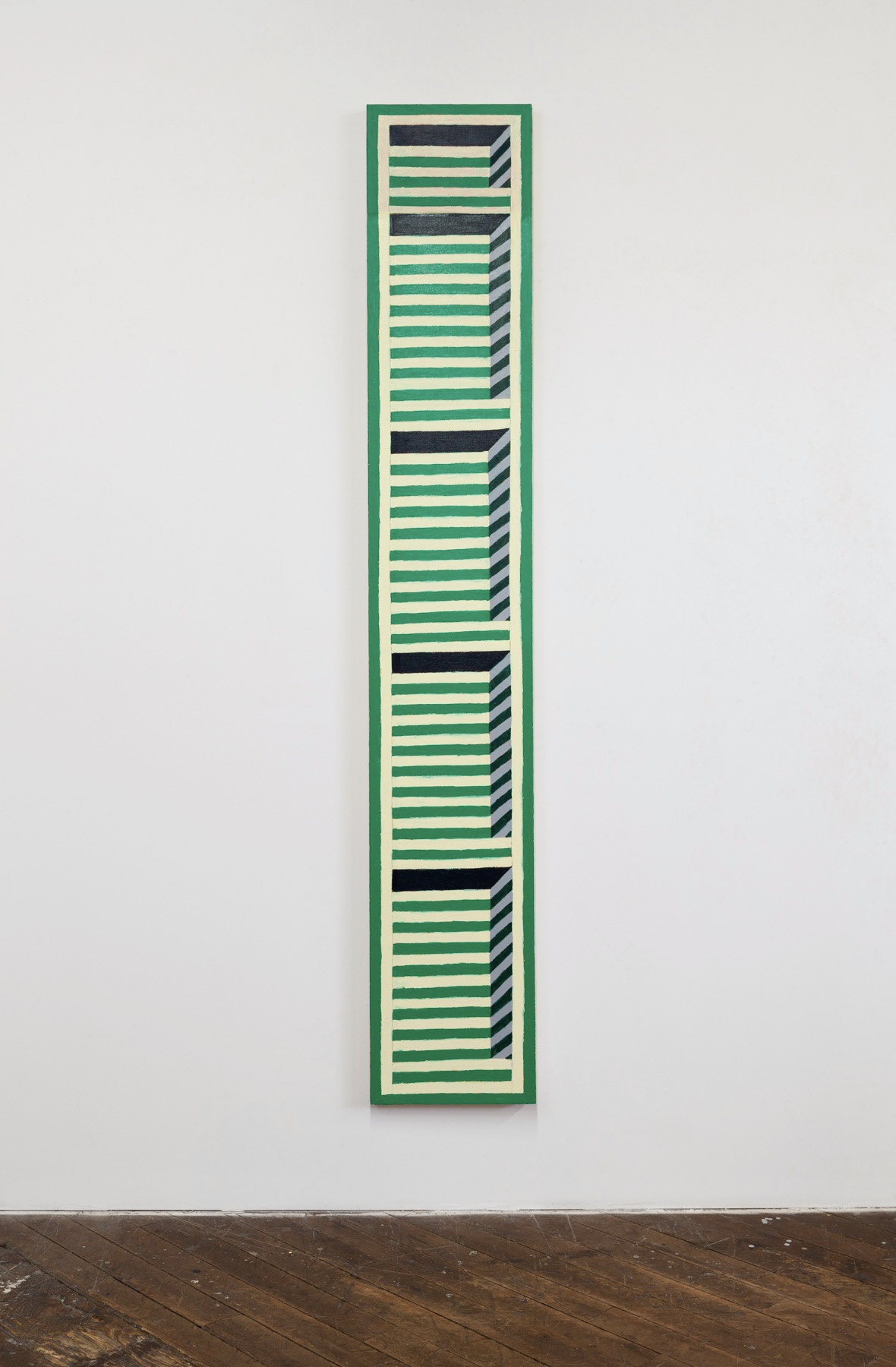 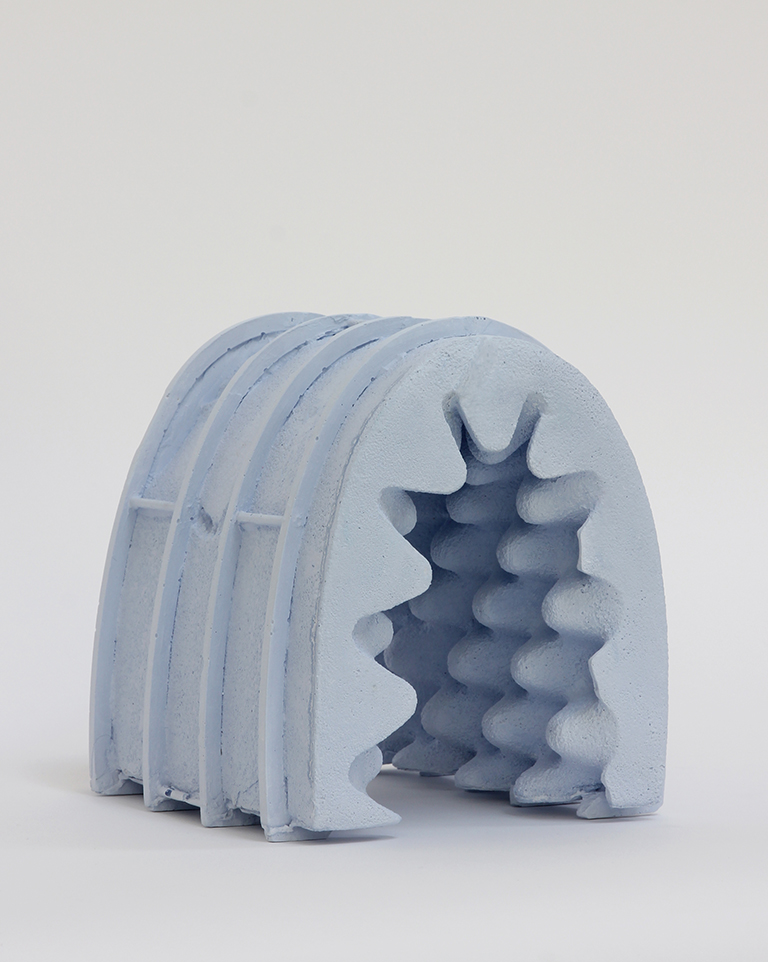 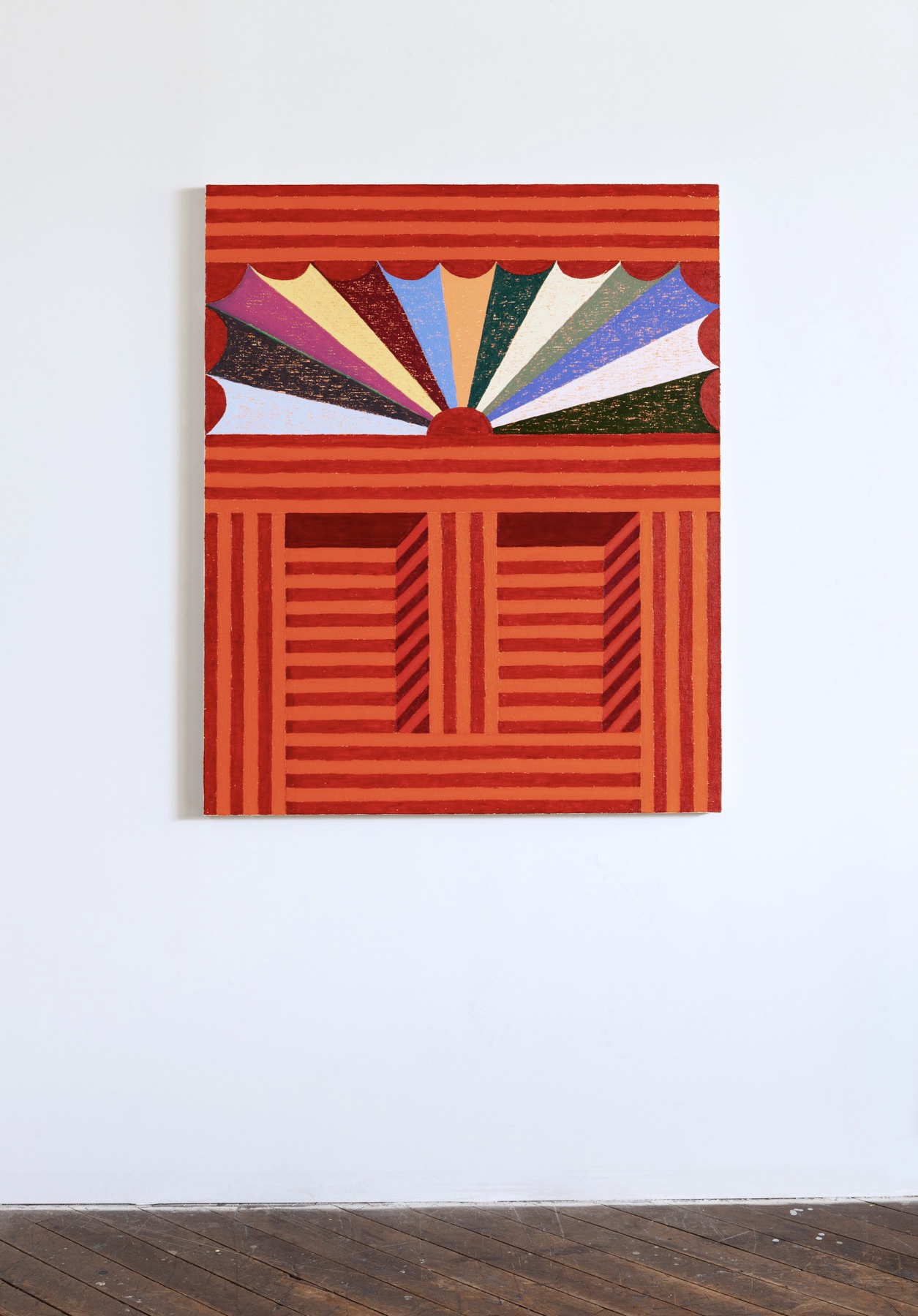 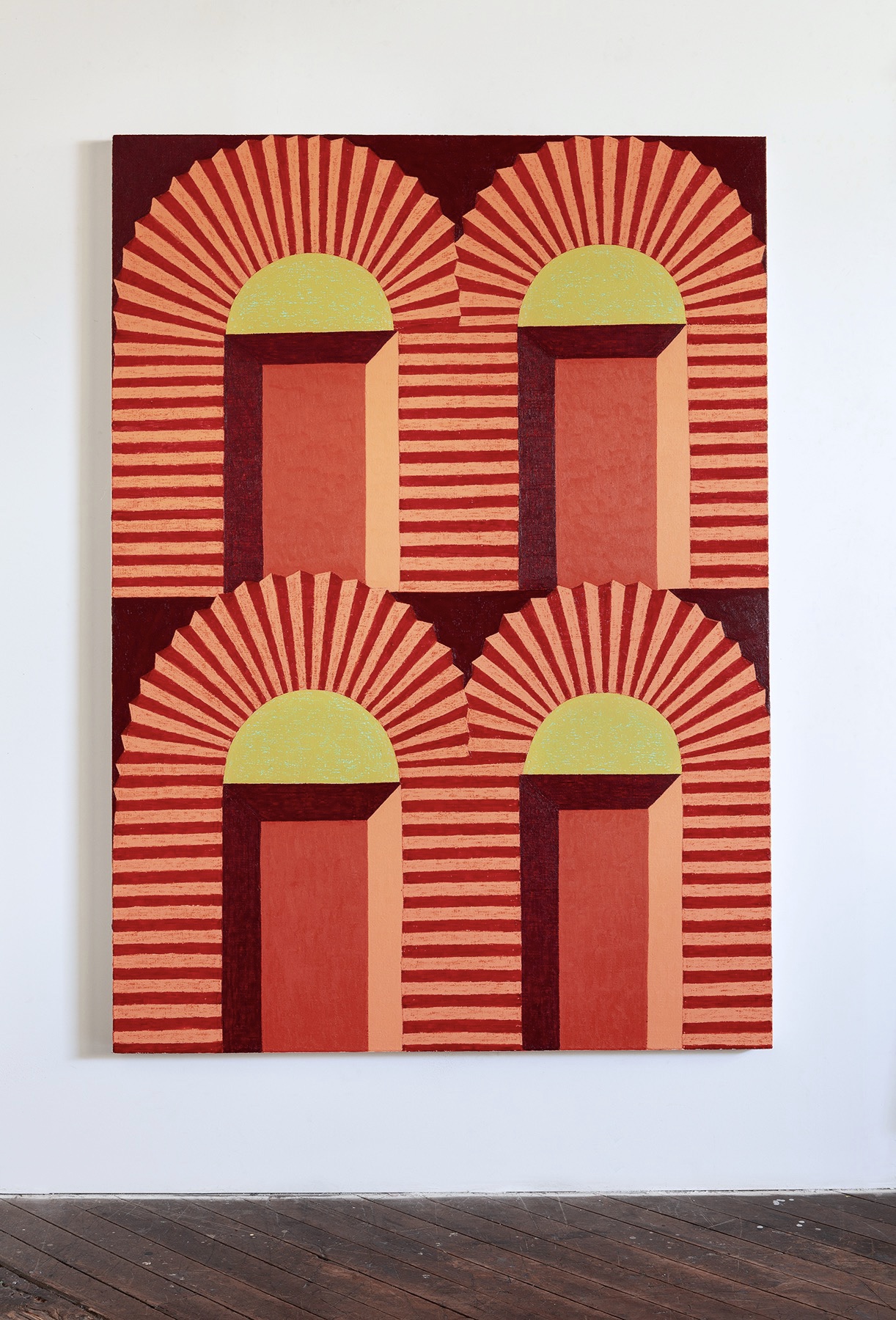 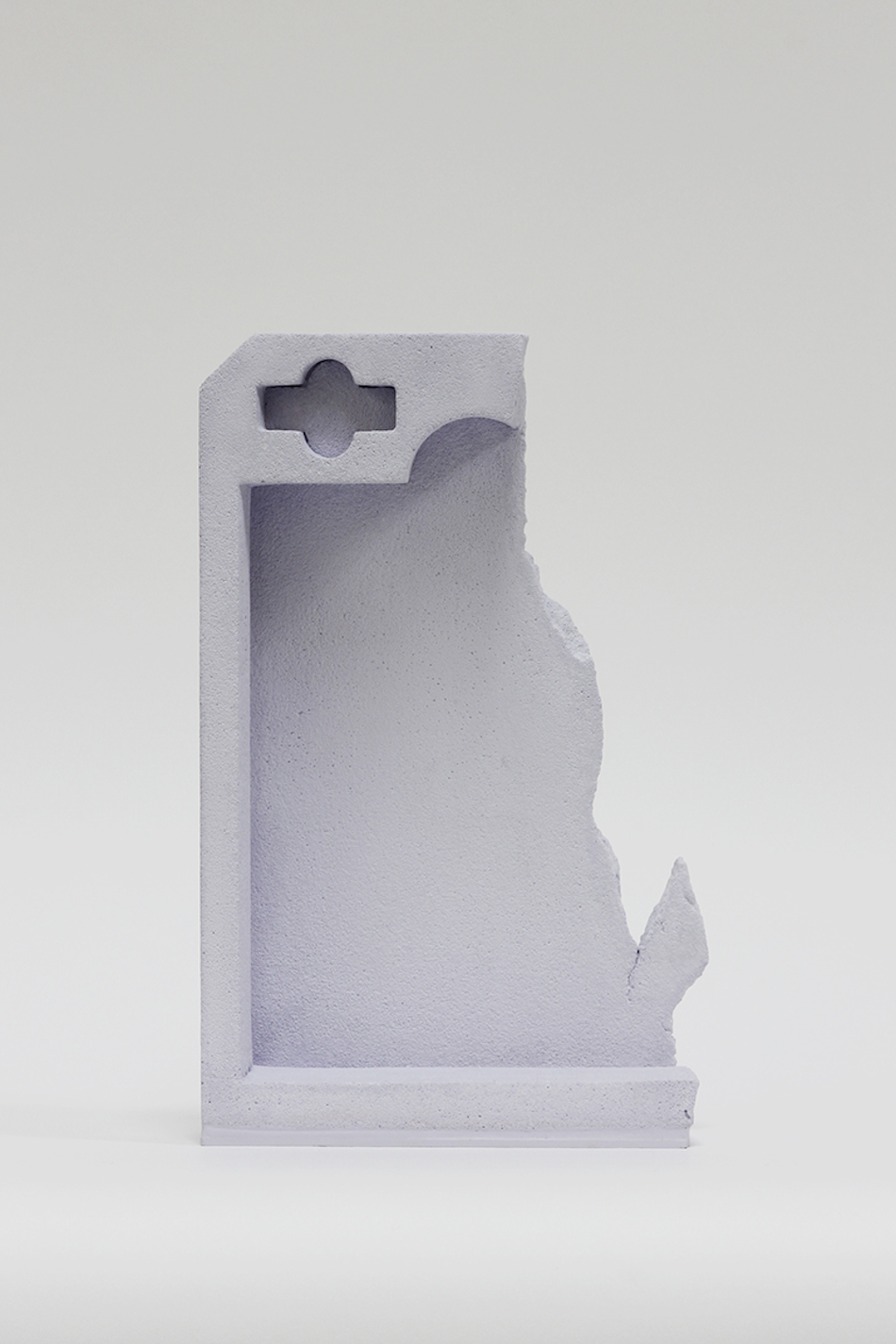 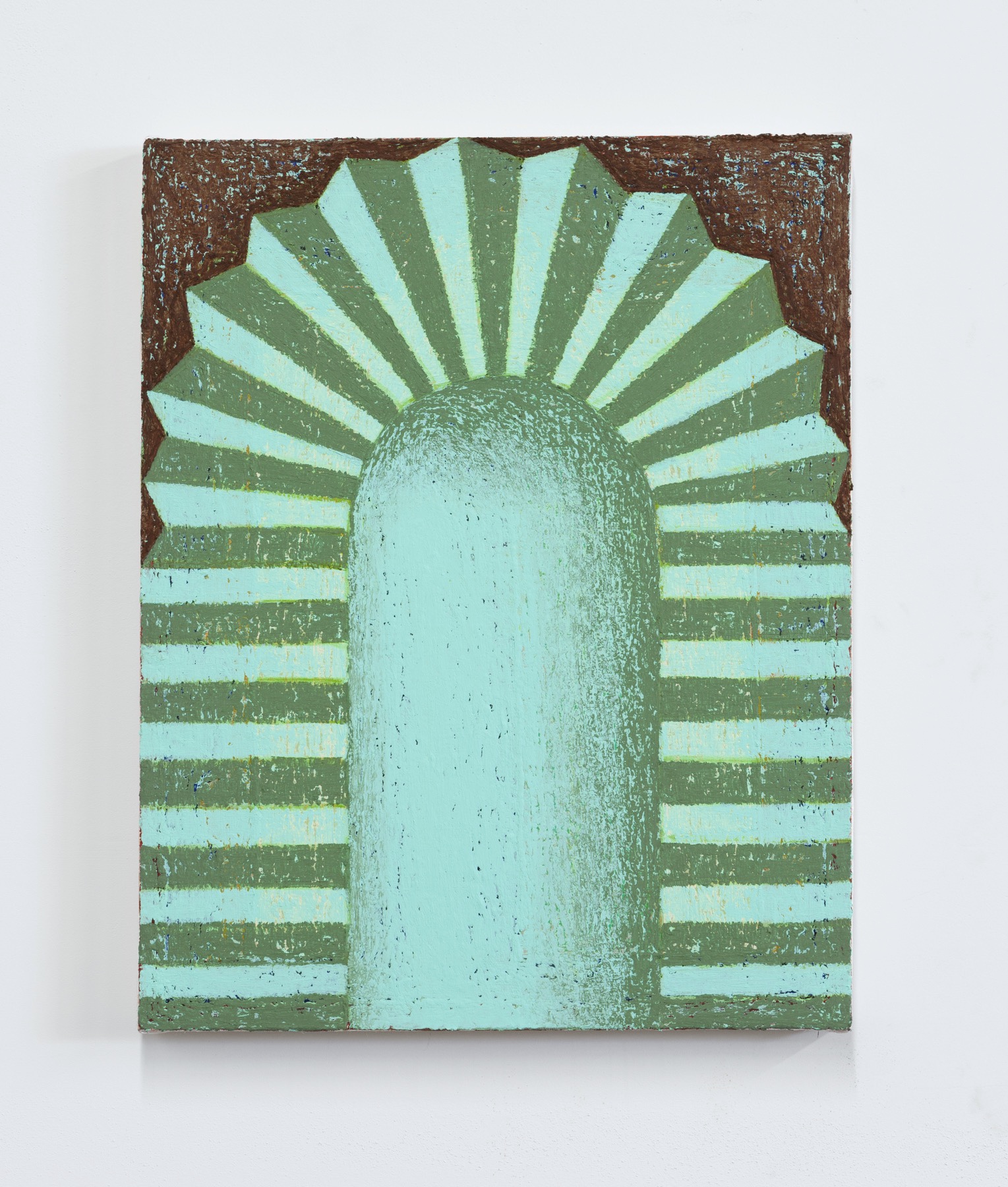 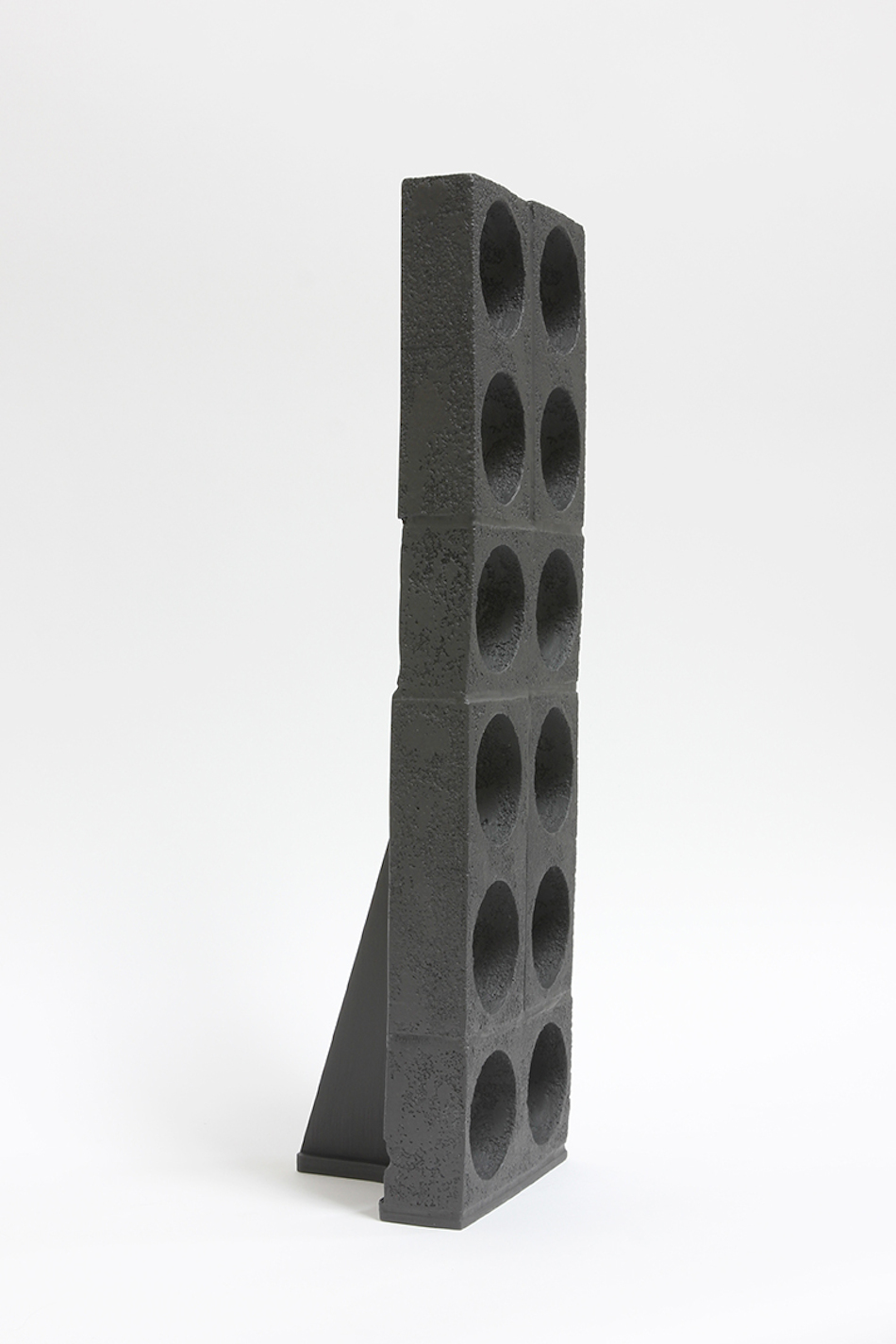 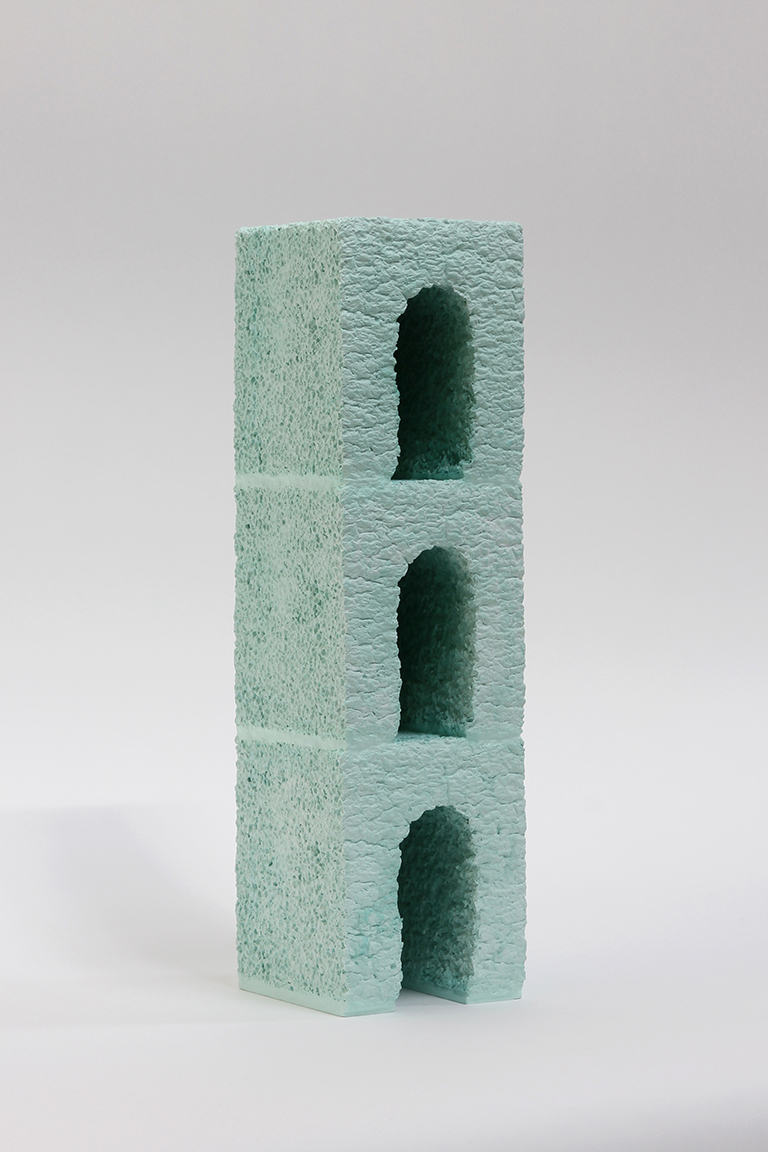