In Cody Hoyt and Alexander Kori Girard’s upcoming show at Johansson Projects, patterned forms and organic geometries come together in an unique exploration of functional permanence and mystic communication.

Cody Hoyt’s ceramics are rigorously drawn, curiously angular, and intricately patterned, creating brutalist organic “vessels” that question the need for function over form. The forms are constructed from patterned slabs, which are themselves assembled from smaller individual pieces; a highly individualized framework for a three dimensional exploration of pattern and abstraction. Surface and material masterfully fuse to create a form that blurs the boundaries between utility and beauty. The historical associations of sharp lines and angles reference origami, the machine age and cubist space. Their openings are not an entry point or mechanism of display, rather a fissure within the vessel, completing its aesthetic design. The forms are cracked and ruptured within their pastel-toned markings, an unpredictable result of the mixing of elements revealed during the firing process. Yet, despite their perceived instability, Hoyt’s vessels are solid and permanent in their delicate nature.
At first glance, Alexander Kori Girard’s works register visually as paper cut outs or prints, but each piece is individually hand drawn and meticulously painted. Perhaps influenced by his work in the world of high design and textiles, his craftsmanship and composition are both precise and organic. His artwork presents a narrative of how people experience and interact with the natural world, and an immediate personal connection is easily made to each piece. Evoking a magical feeling of an apparition, his petroglyphs are at once a shapeless void and a collection of familiar symbols. Elements of modern folk lore and story-telling are also integral: His grandfather, the legendary Alexander Girard, was a prolific collector of folk art, and Girard was submerged in this relation at a young age. His organic works thus contain an essential feeling of home. They are timelessly archetypal and fantastical, an homage to the healing power of nature.

Drawing is the primary medium through which I explore my ideas and I am continually evolving various techniques. This series which I have named ‘Groundless’ is an exercise in both restraint and the withholding of color. In focusing on the stark contrast between black and white I draw attention to each shape as a silhouette on its own but also in conversation with the larger composition of many small shapes coming together to create a landscape. In starting with a single shape as opposed to mapping out the composition prior to drawing, I allow each individual component to give birth to the next and in this way create an organic unfolding of form, space and relationship. Paying close attention to the positive and negative spaces, I compose a large communal dialogue wherein unexpected combinations occur and allow the viewer to find their own narrative in the piece. I have been evolving this graphic, hardline technique of pen and ink over many years which was born both from an interest in printing as a medium and also from the idea of creating smaller works on which to base larger scale pieces. While the pieces in this series have the potential to be scaled up, they also serve to create a more intimate conversation with the viewer as they draw the eye in close. This engages each person to not only identify shapes individually but also to read them as a whole composition. Without a horizon, there is an equal weight to each individual shape in the composition. Within these floating landscapes I employ narratives of humans exploration within the natural world and between one another. In an age when the human dependency on and infatuation with technology is ever increasing, I feel these images serve as a language of graphic symbols that resonate on a very human and accessible level which serves to remind us of the importance of our relationship to our surroundings especially the natural world. I believe this life is one of consistently finding ways back to our primal relationship to nature. Honoring and respecting this connection is a daily practice through my work. These images serve as my exploration and documentation of this connection and the ongoing search for balance.

My approach to sculpture and ceramics is directly evolved from a foundation in two dimensional work. During The initial stages of creating this work, all the components are flat. For example, in some instances clay is rolled flat on a table and then folded into shape. For the large pieces in this show, I’ve worked out tessellating, tiled patterns on an isometric grid. I use an extruder to extend the individual 2D elements of the pattern into a 3D shape, and then slice this into smaller units from which the overall pattern is assembled- flat, one piece at a time from the cross sections, as if it were a puzzle. These patterned slabs are then folded and assembled to create a three dimensional object.

The link between form and surface is very fluid. The form is created from patterned walls, and the pattern is constructed from smaller units, each a unified mix of pigment and clay. There is an essential relationship between the object and its constituent parts. Ceramics is a medium that grants me facility to explore these ideas without relying on outsourced fabrication and with a limited amount of technological intervention. The main exception to this is kiln firing. Firing is a wildcard in the creative process because the artist is hands-off. While firing, extreme temperatures change the work in elemental and unpredictable ways, yet it is absolutely necessary to complete the work. This is an opportunity for chance and incident to take an active role in the process. Over the years I’ve worked with ceramics my feelings about the unpredictable nature of the kiln have evolved from thinking of it as an unfortunate necessity to a unique step in an integrated process. I’ve come to anticipate the limitations of the material and the volatility of the kiln.

In my opinion the creative process is fundamentally an attempt to find meaning by grappling with chaos. If the work is going to thrive at all, it happens during this confrontation. They say clay has a memory, and the final result exists as evidence and artifact of every choice I’ve made along the way. 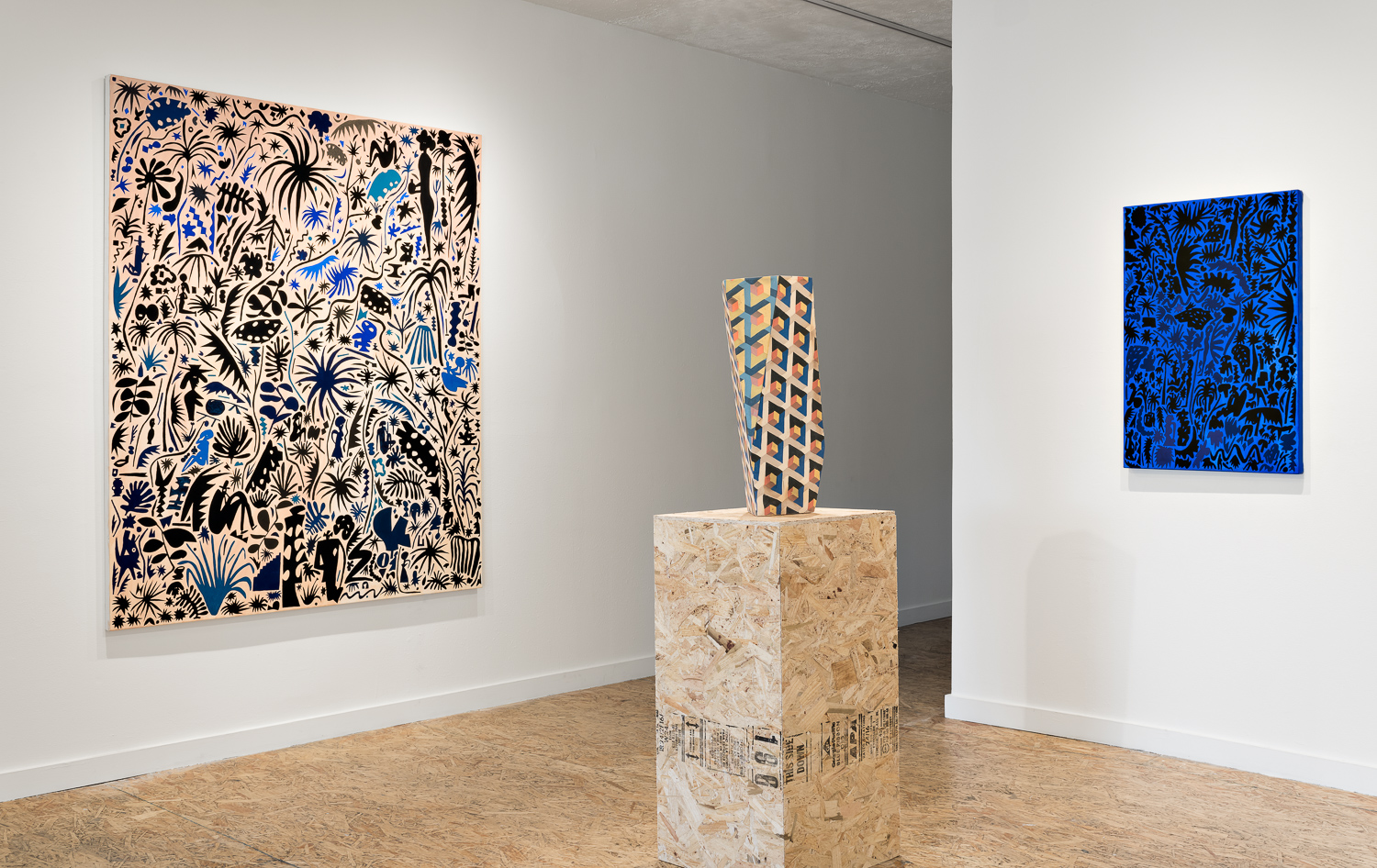 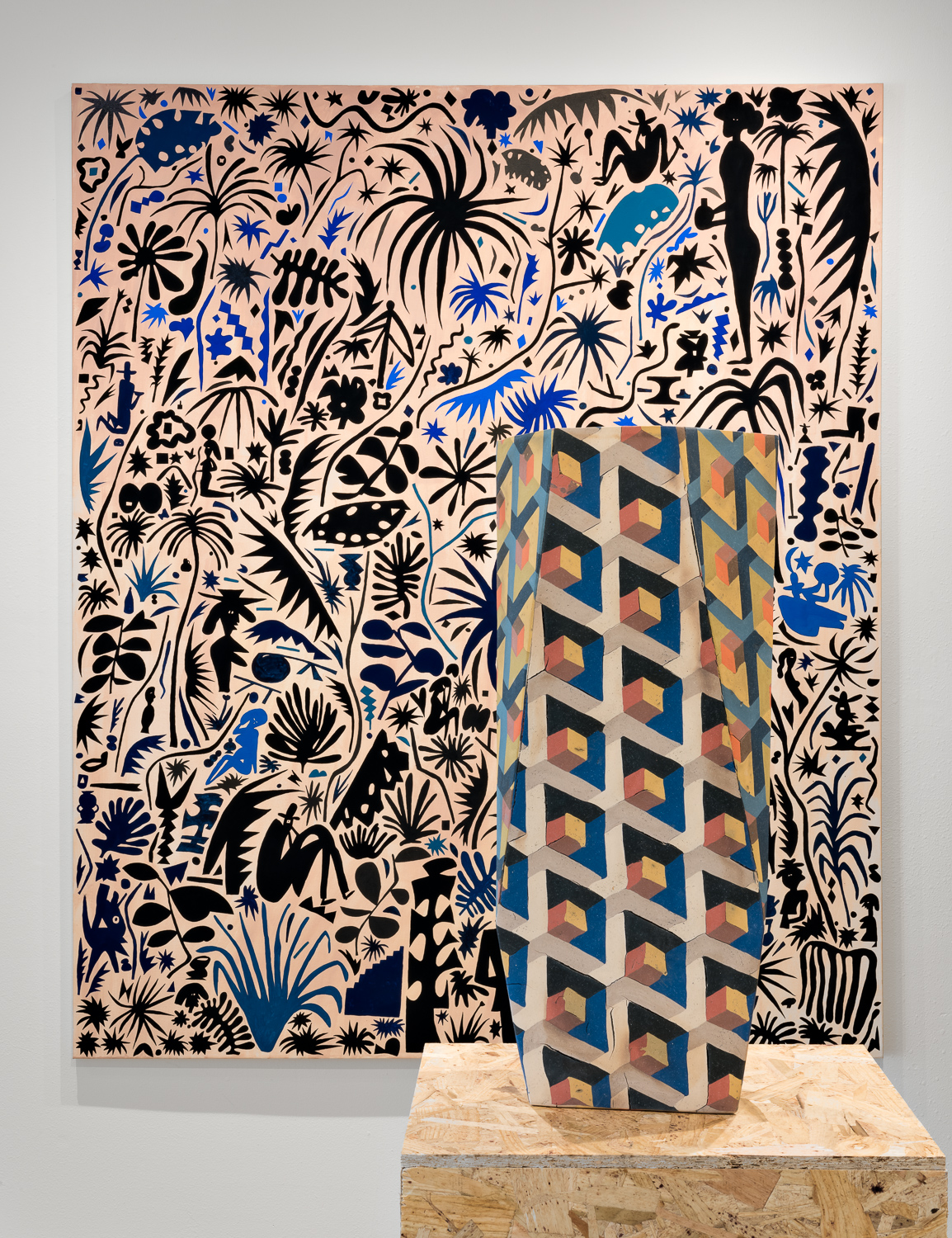 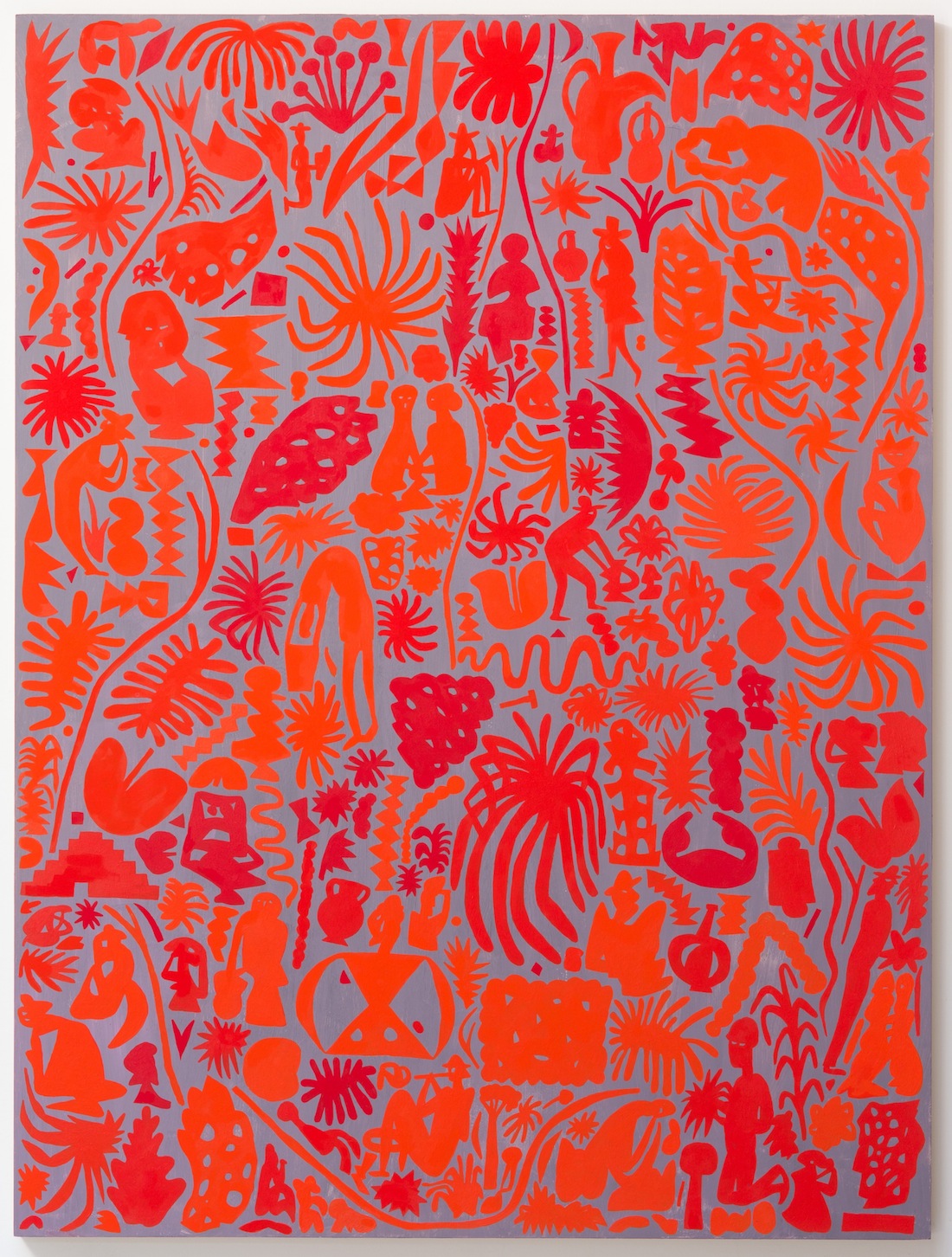 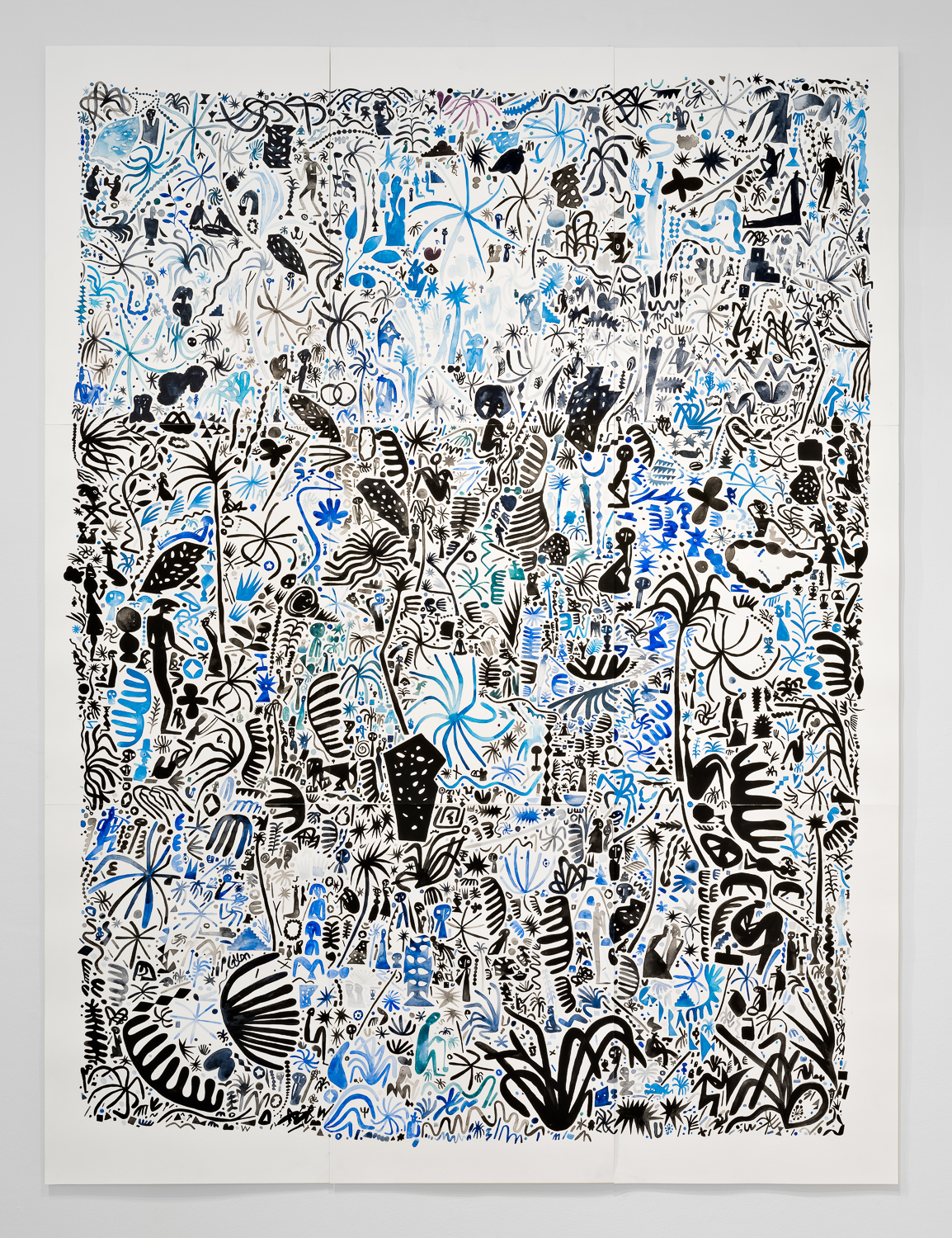 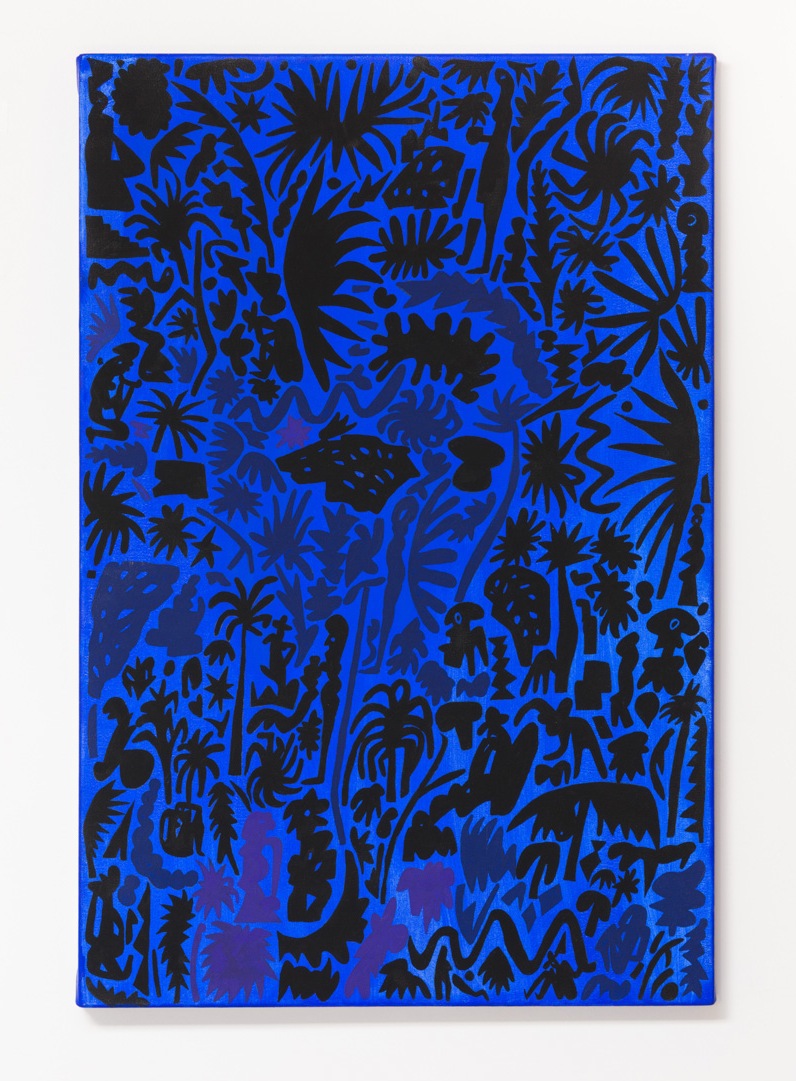 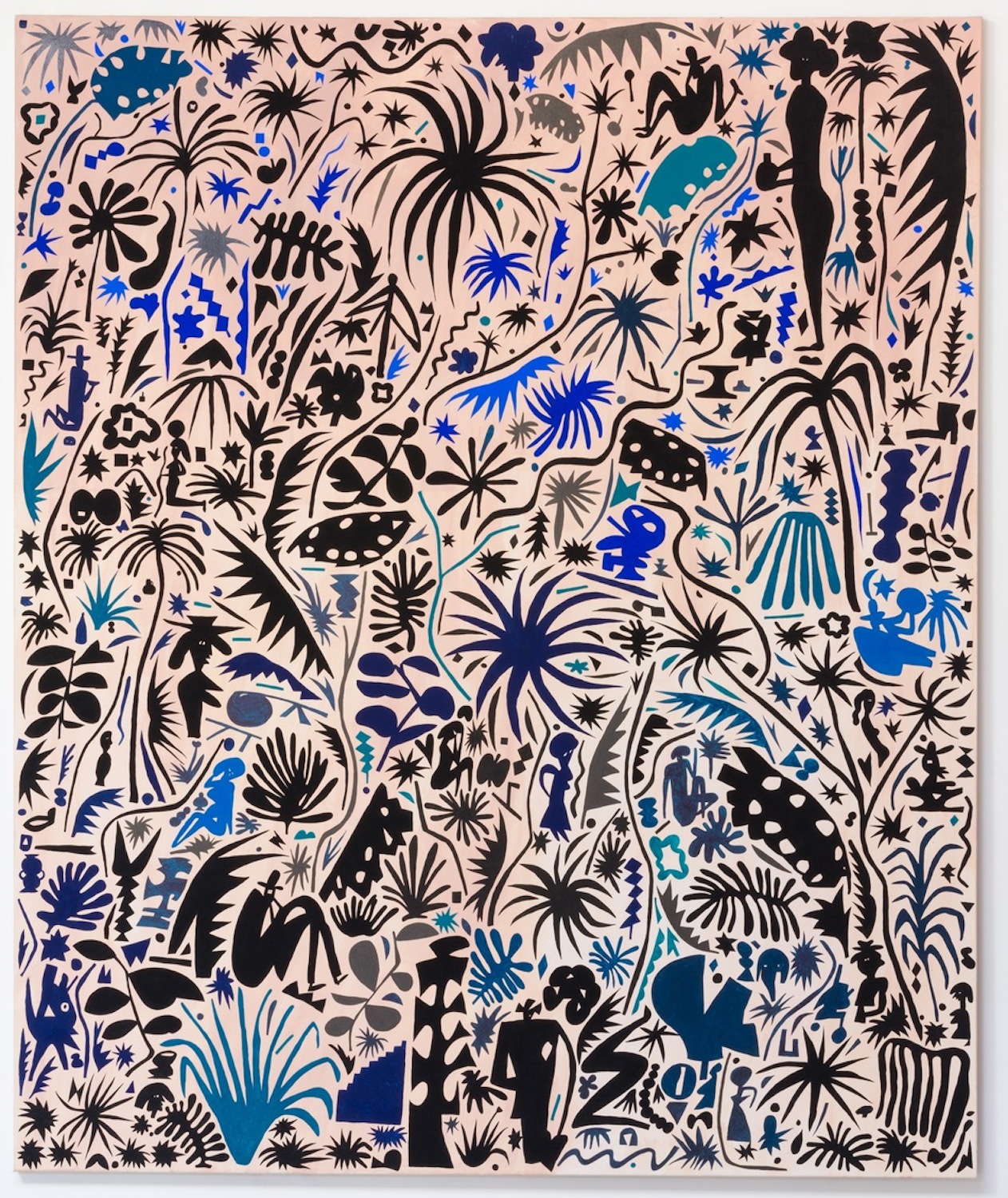 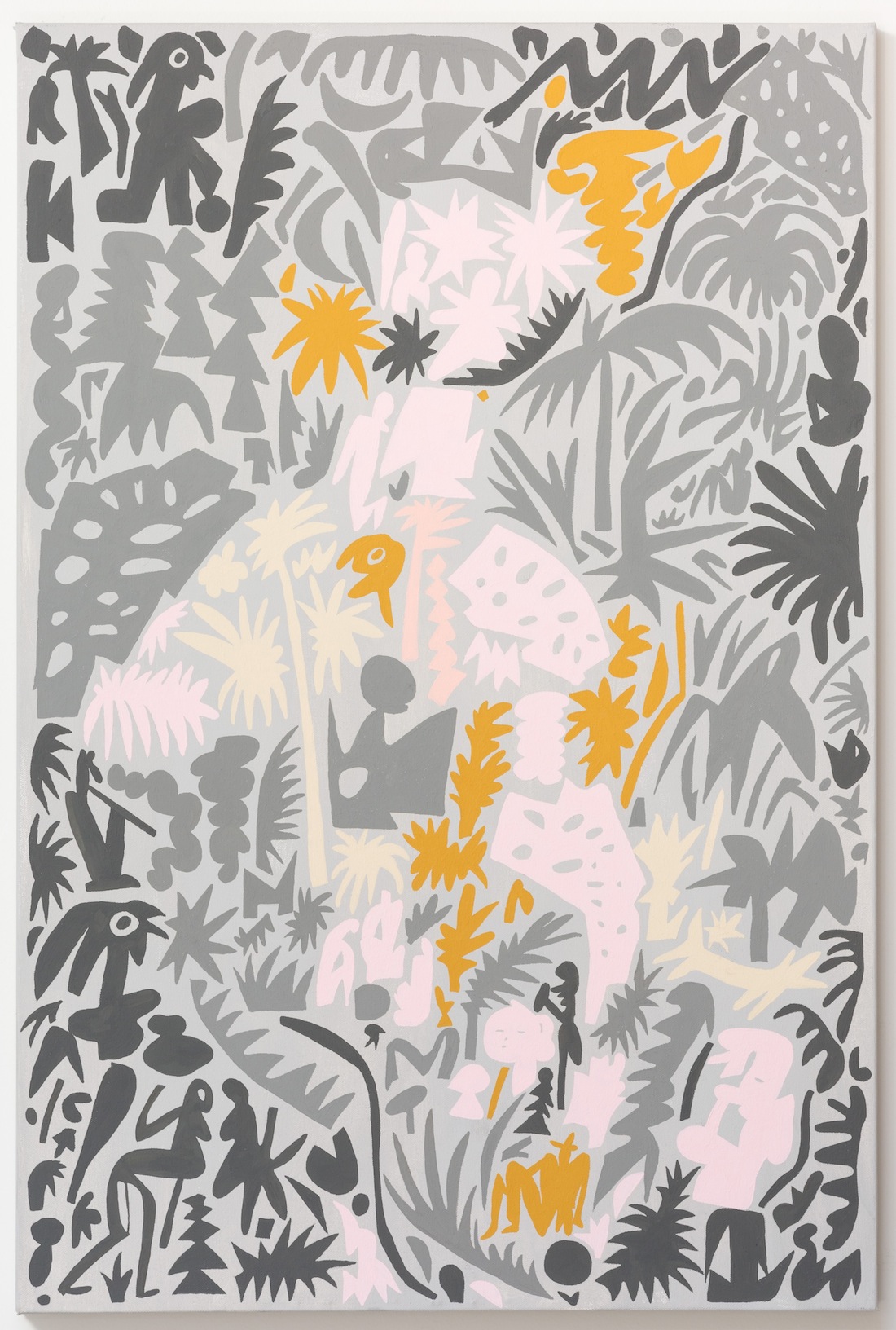 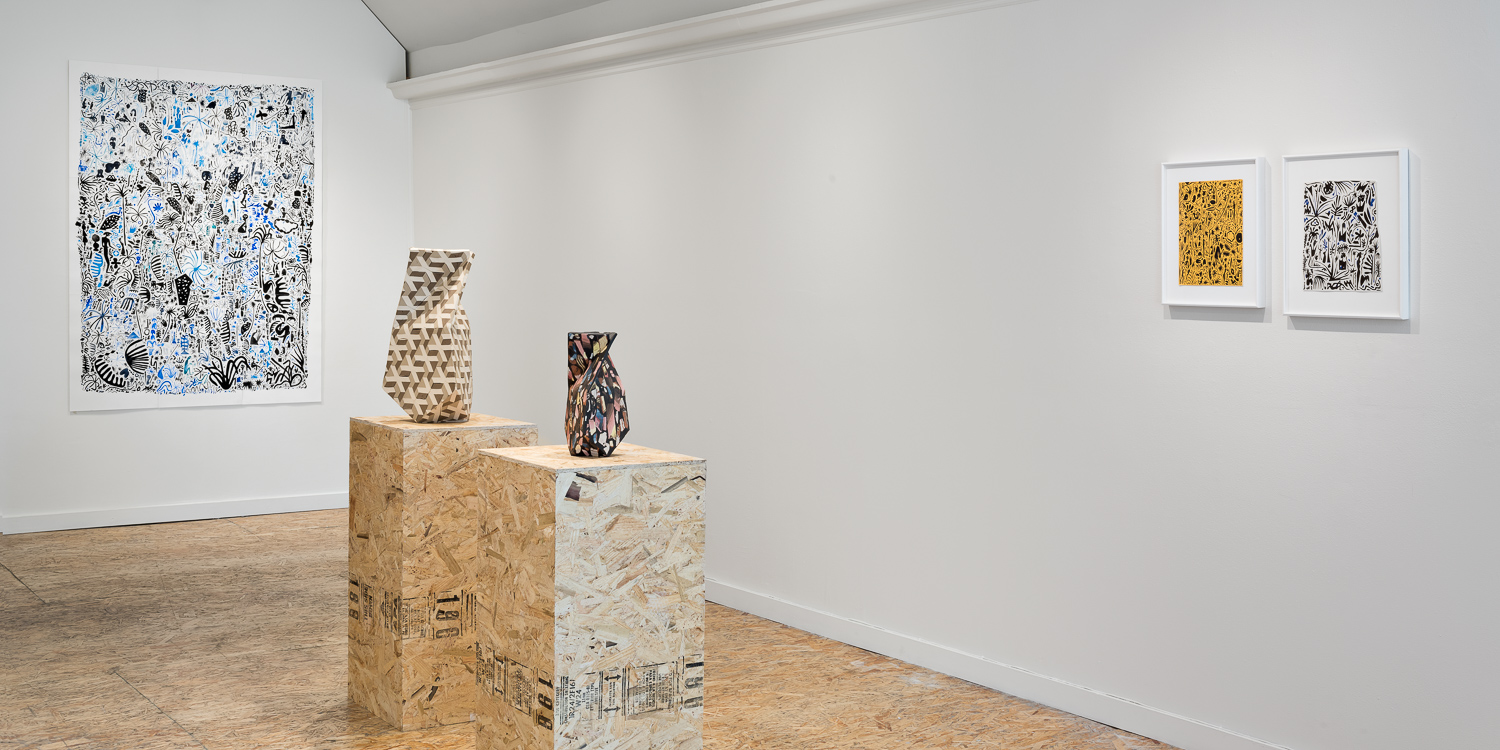 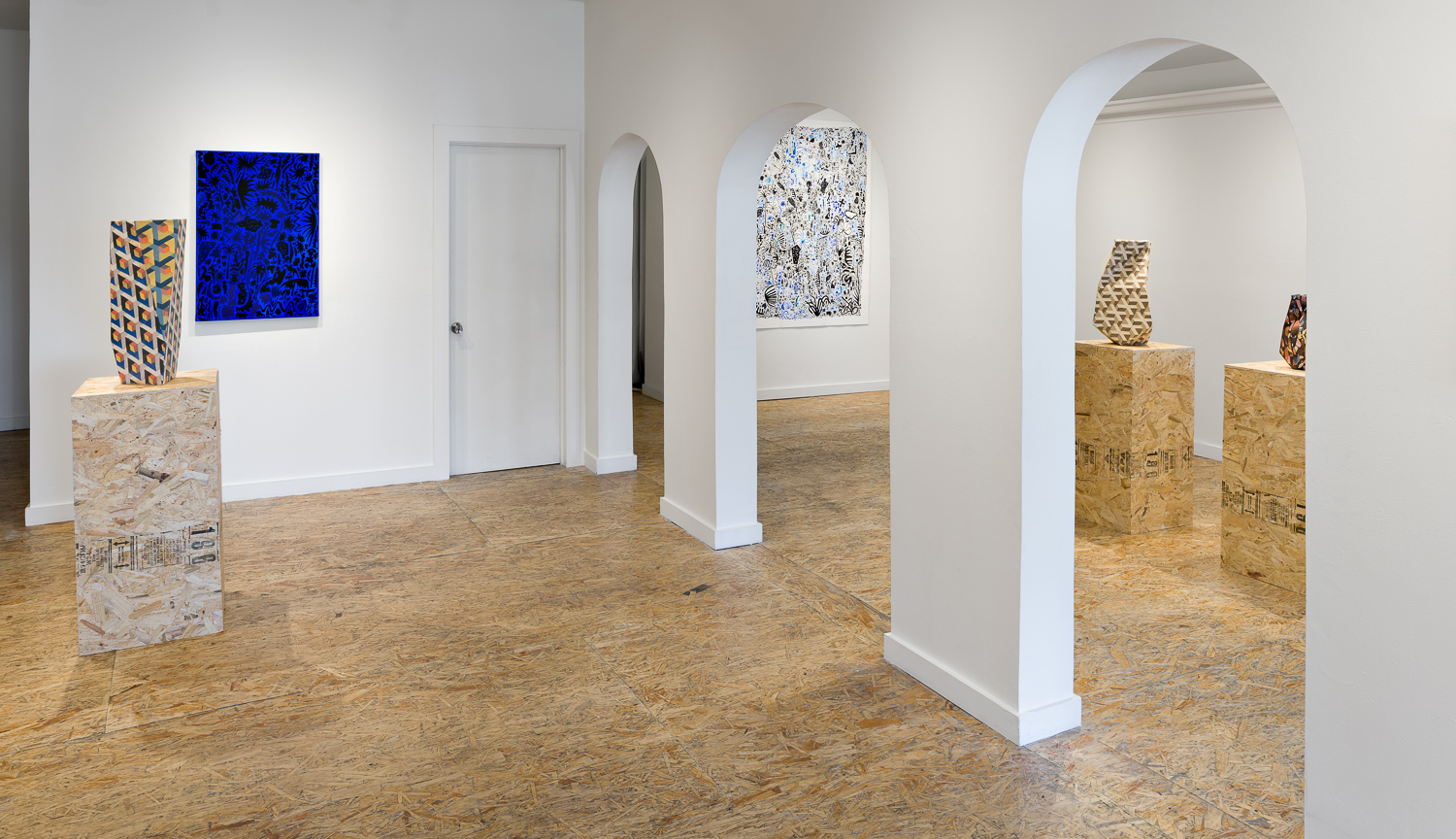 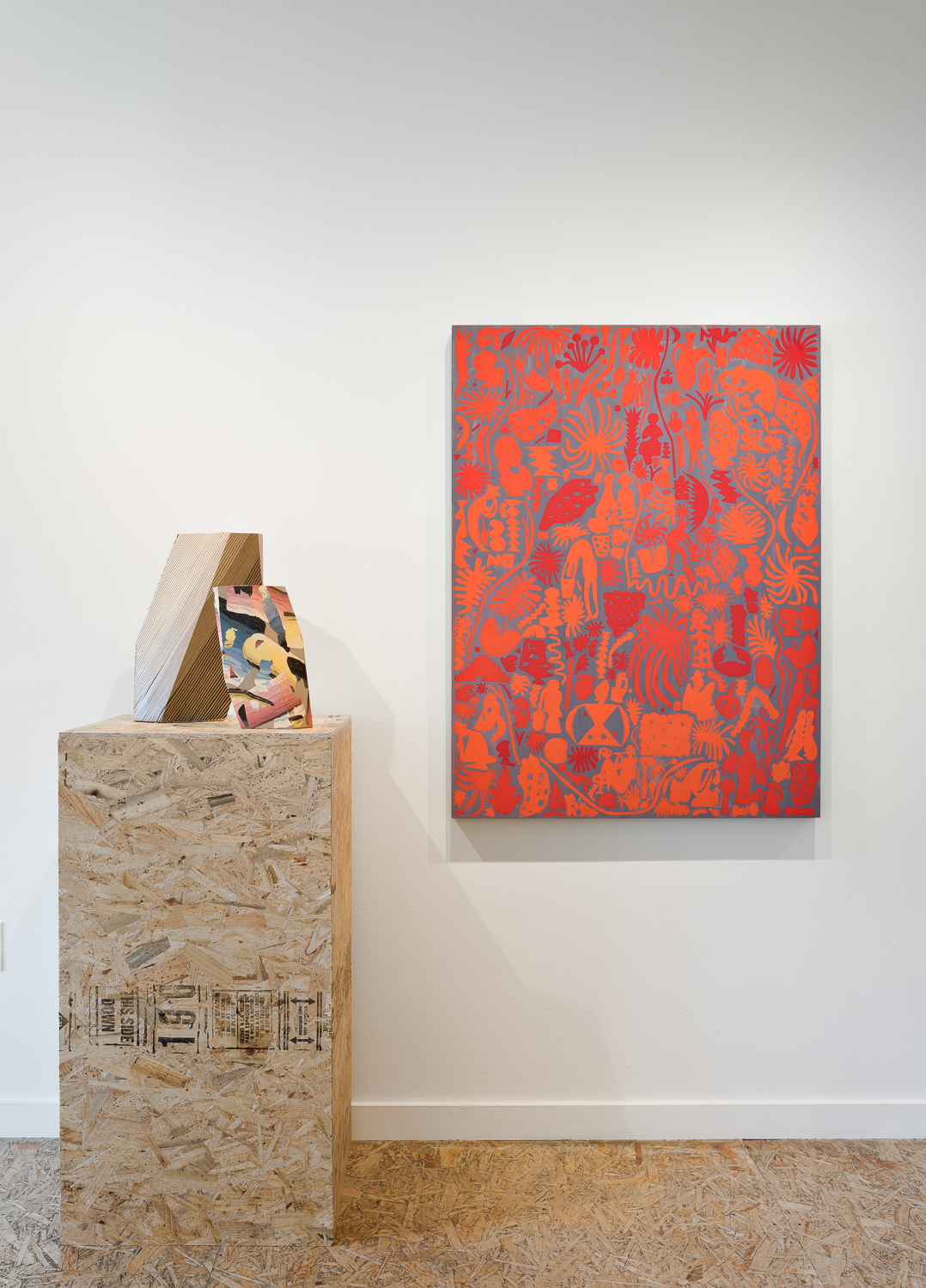 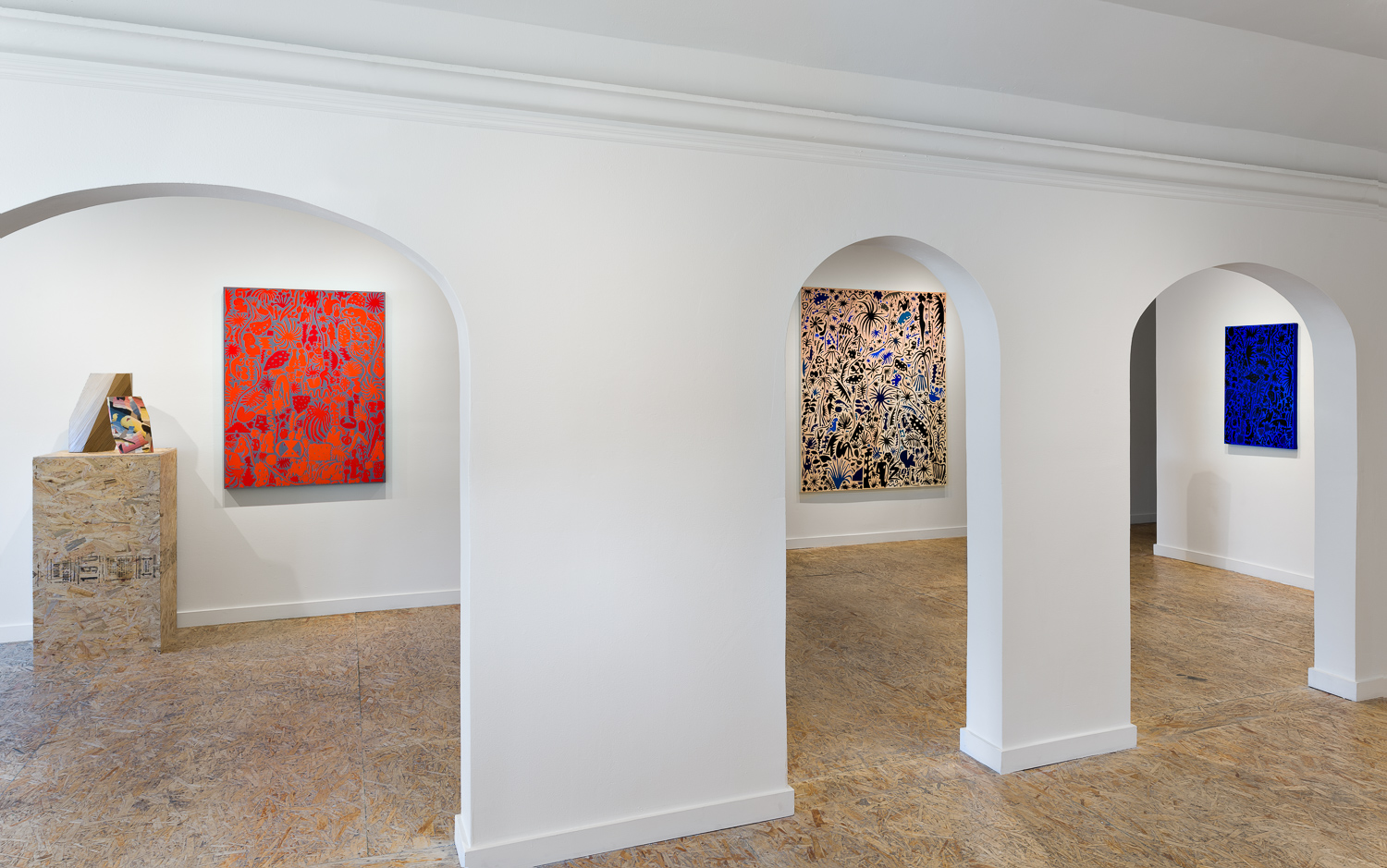 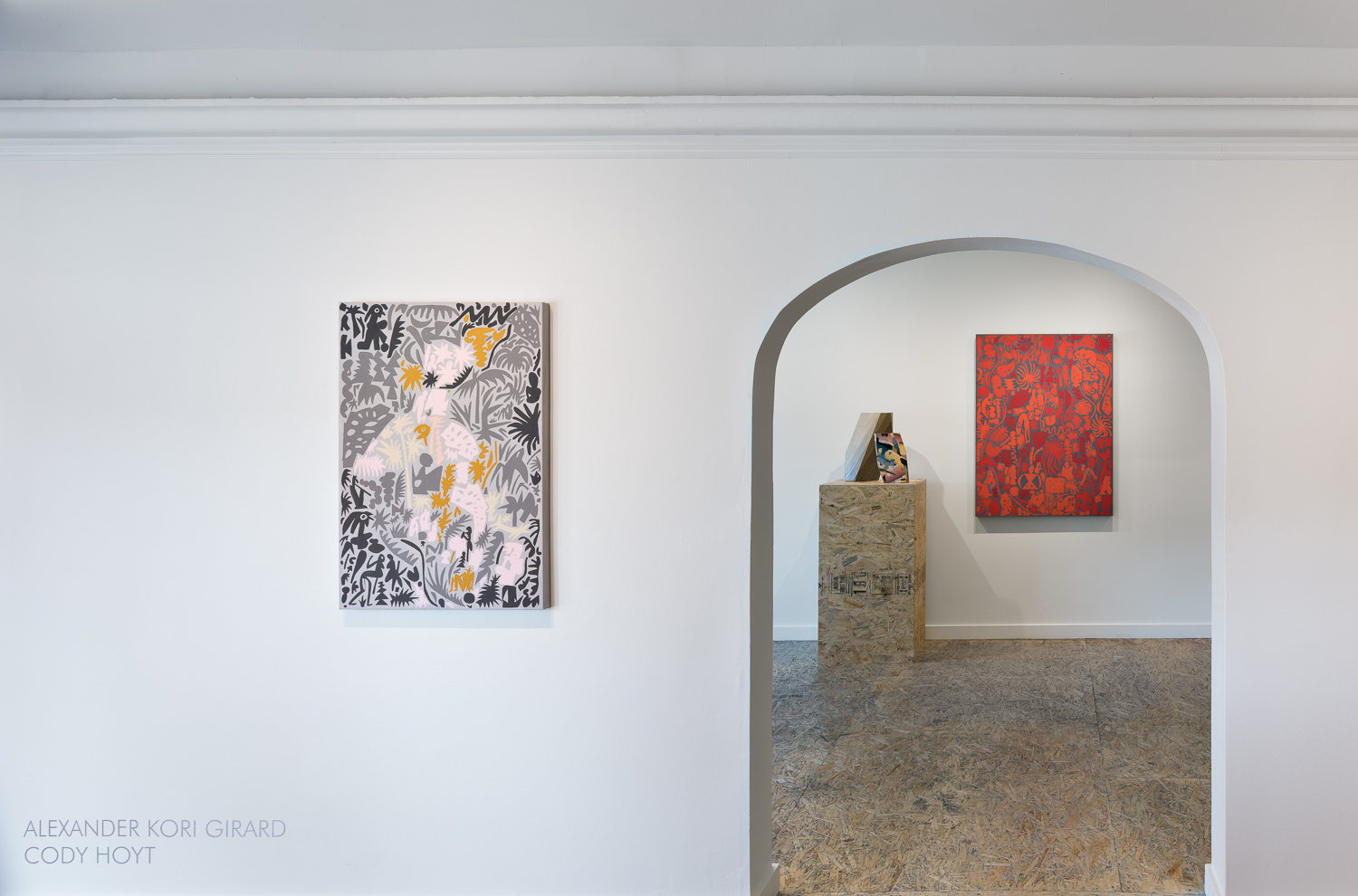 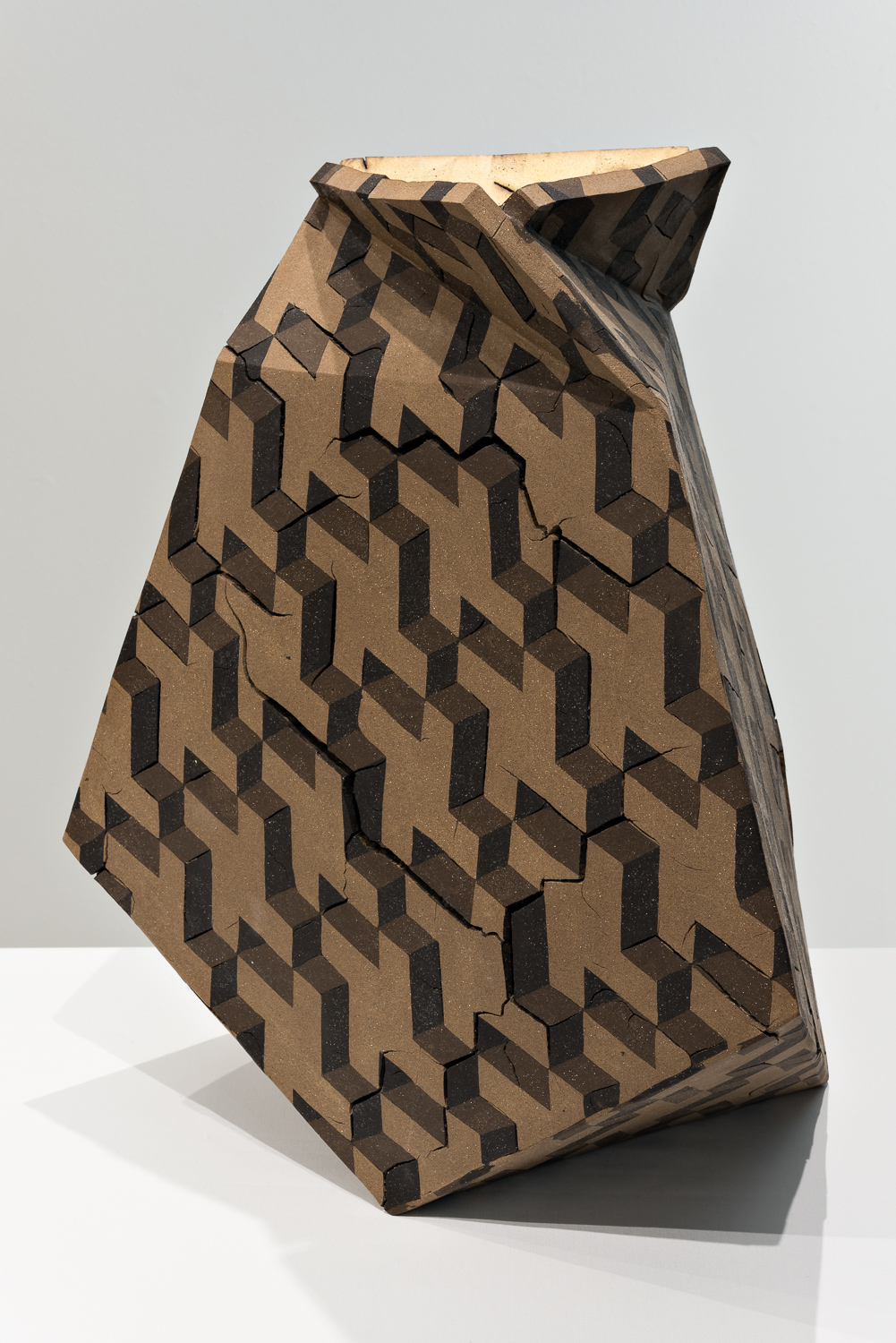 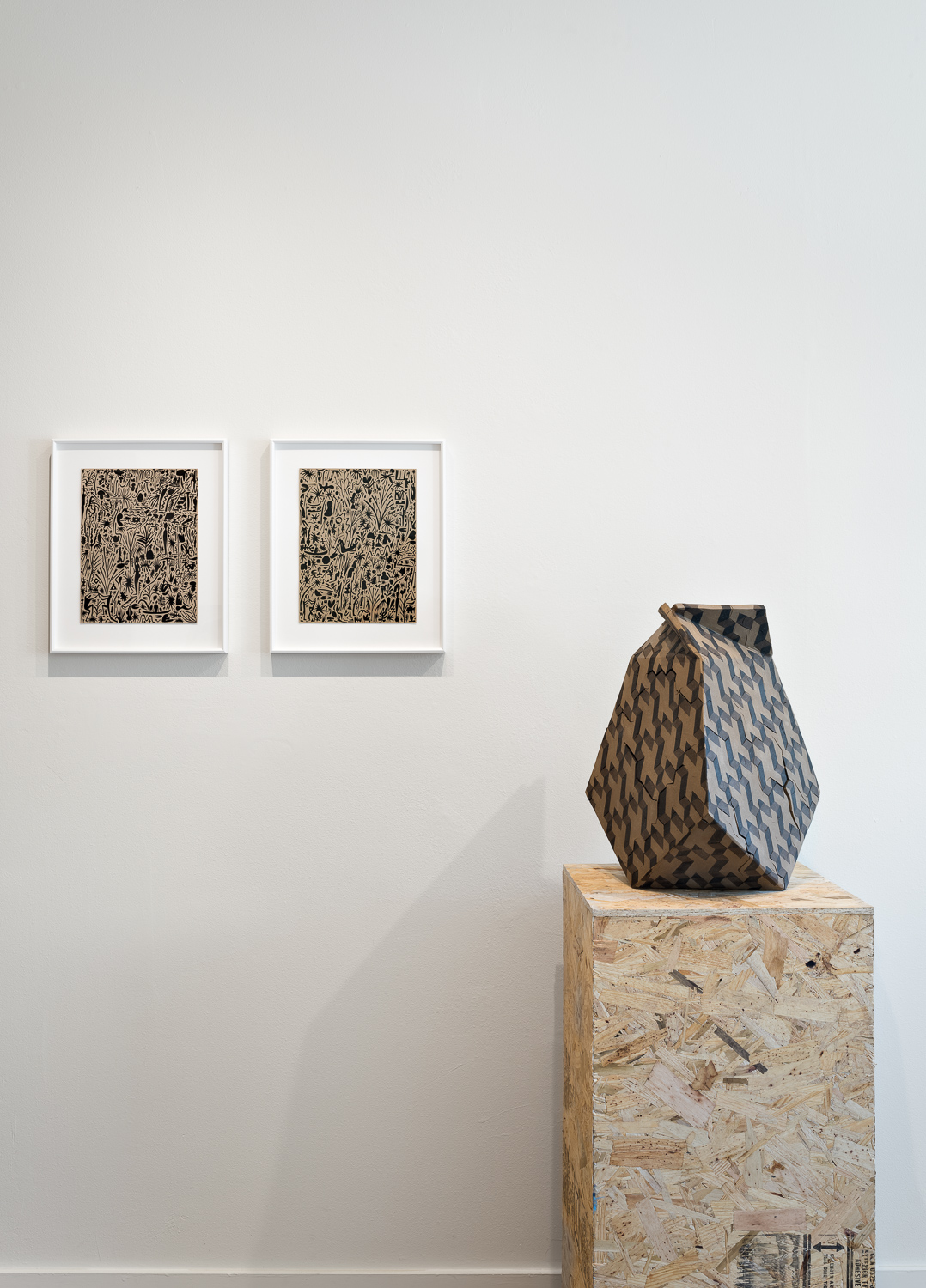 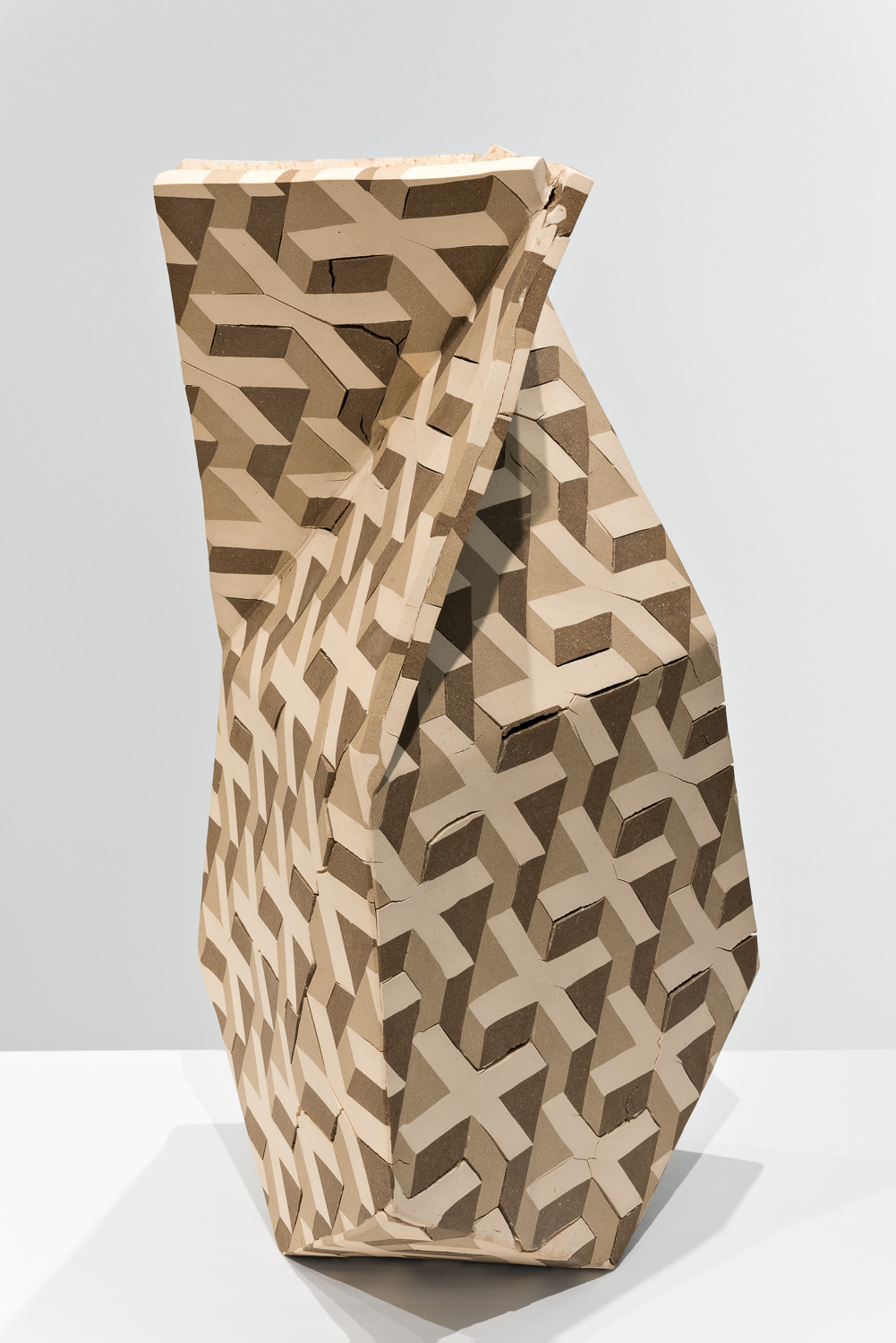 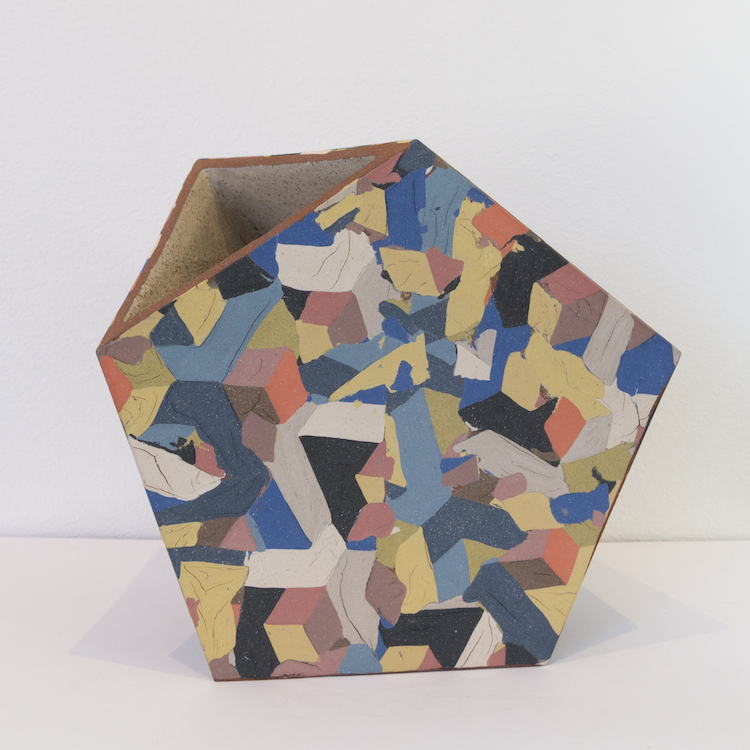 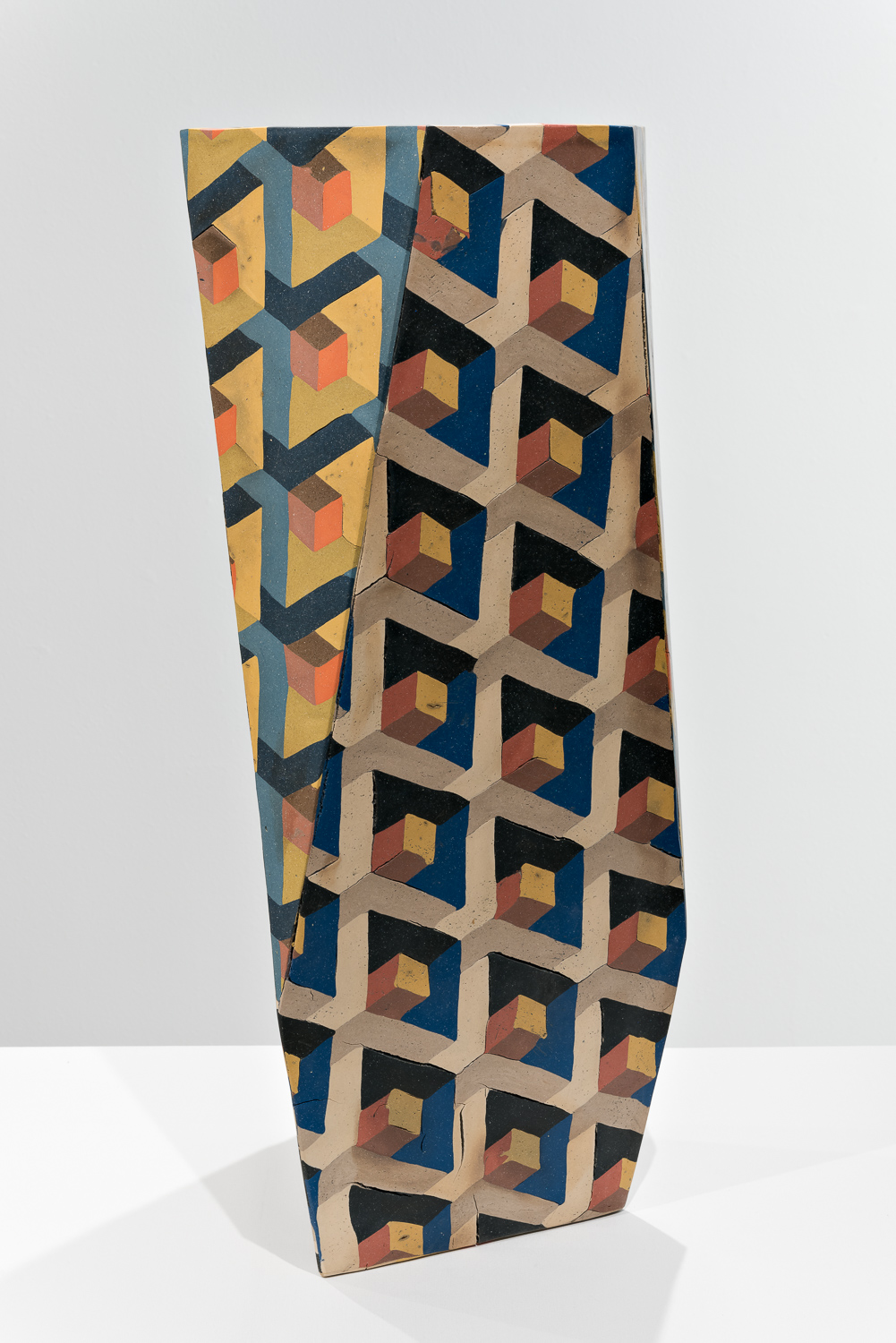 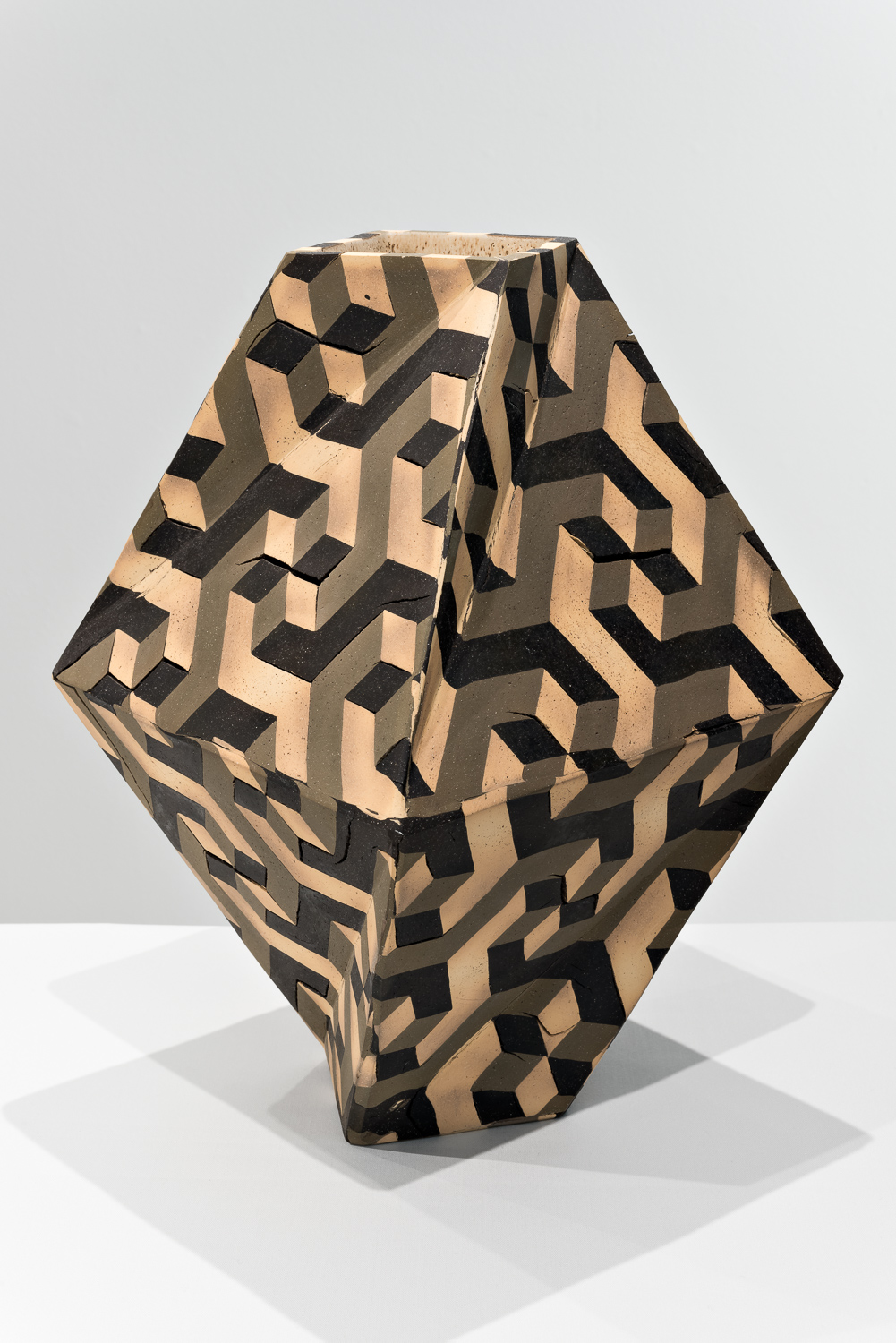 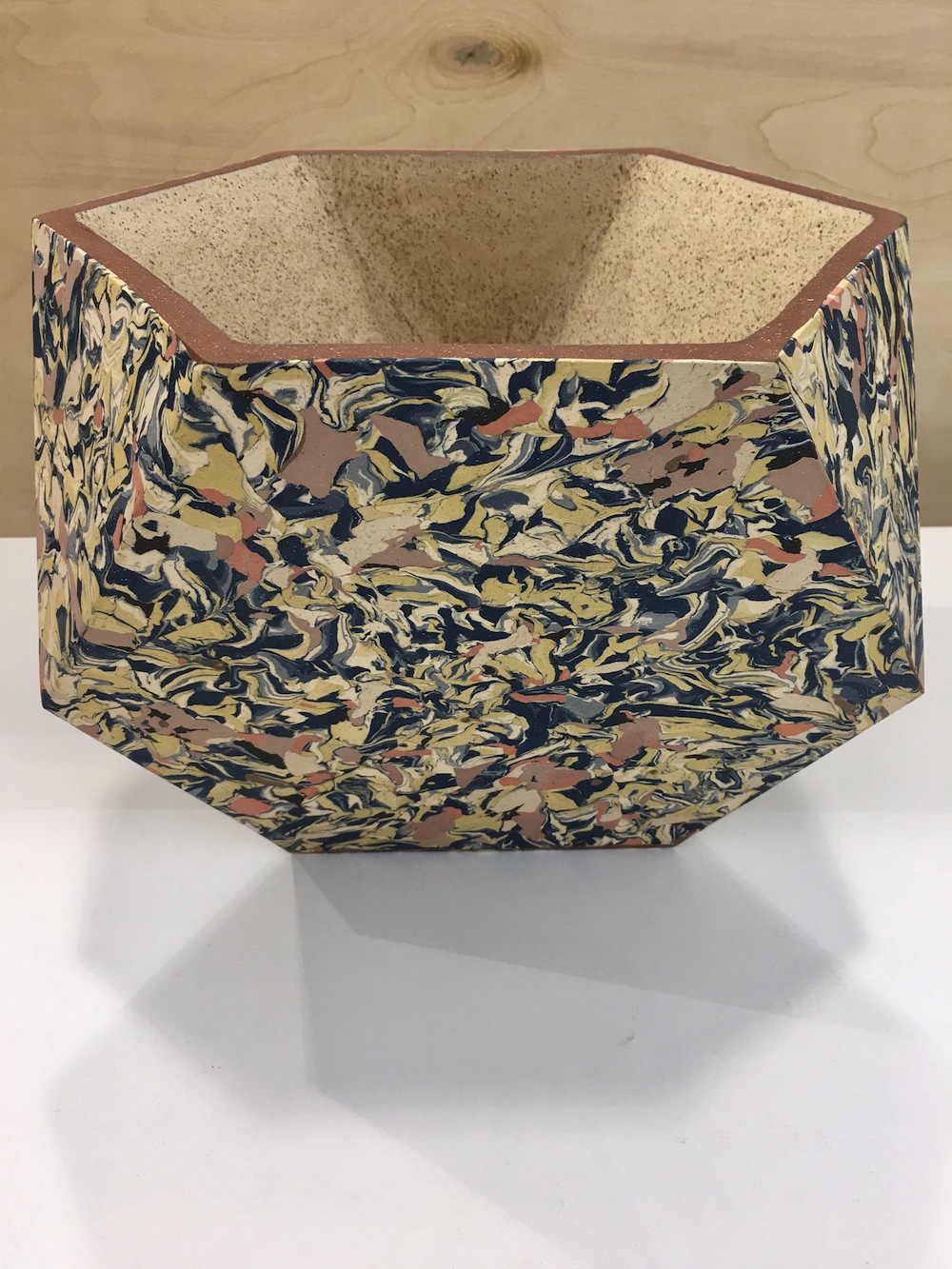 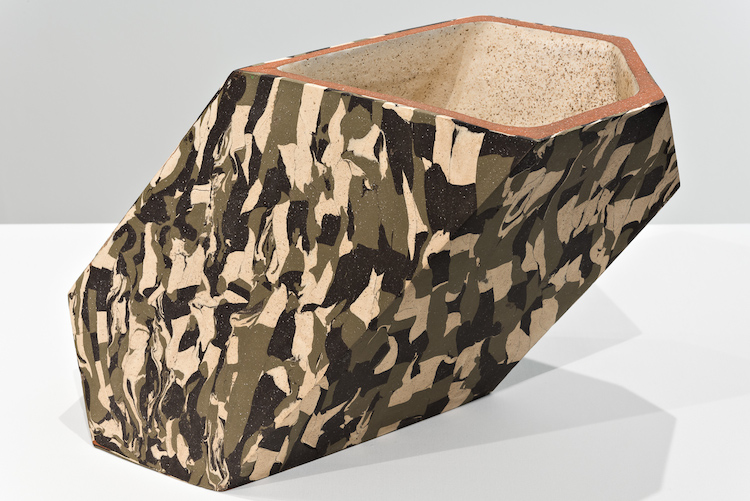 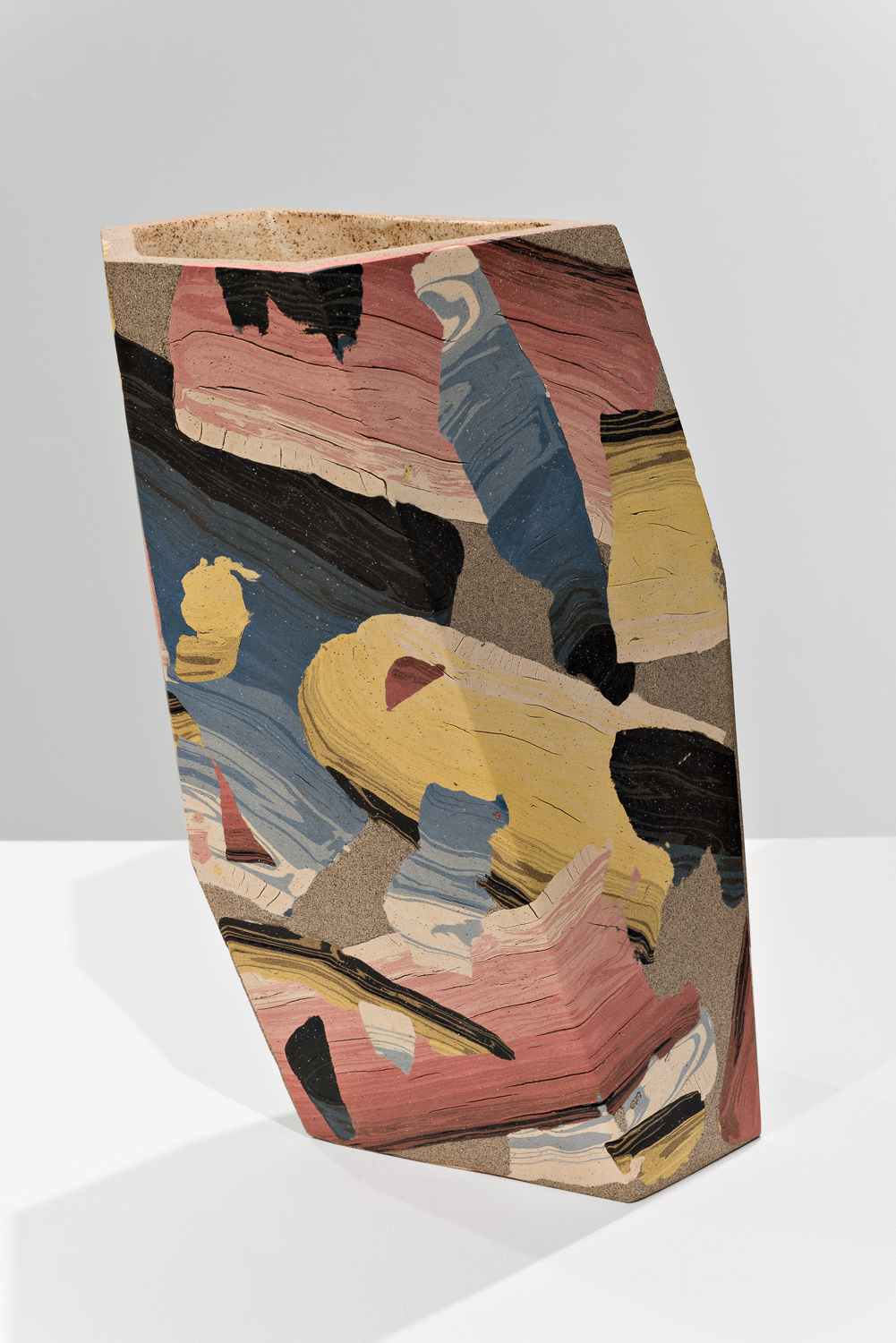 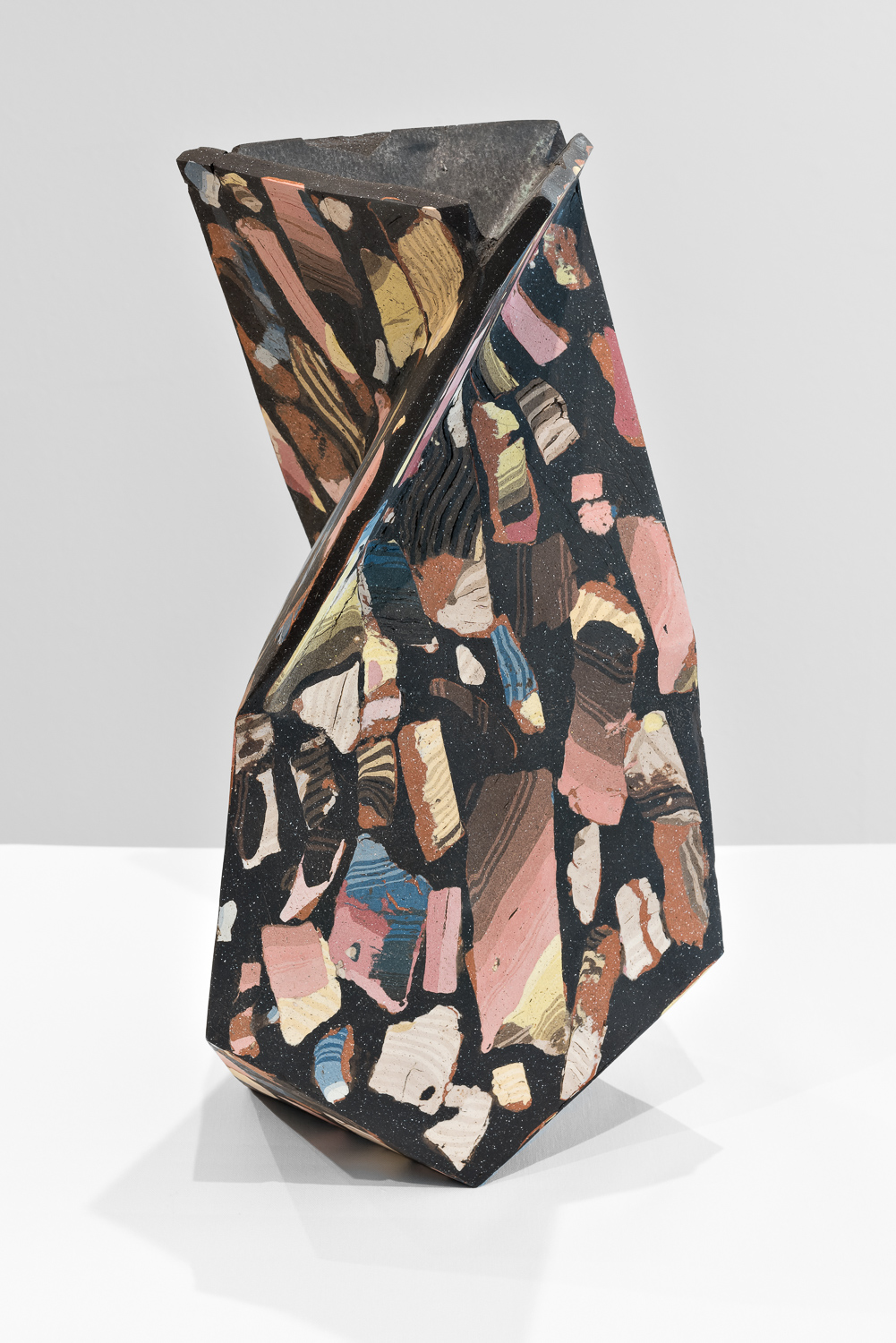